Tomato plants sure can grow tall 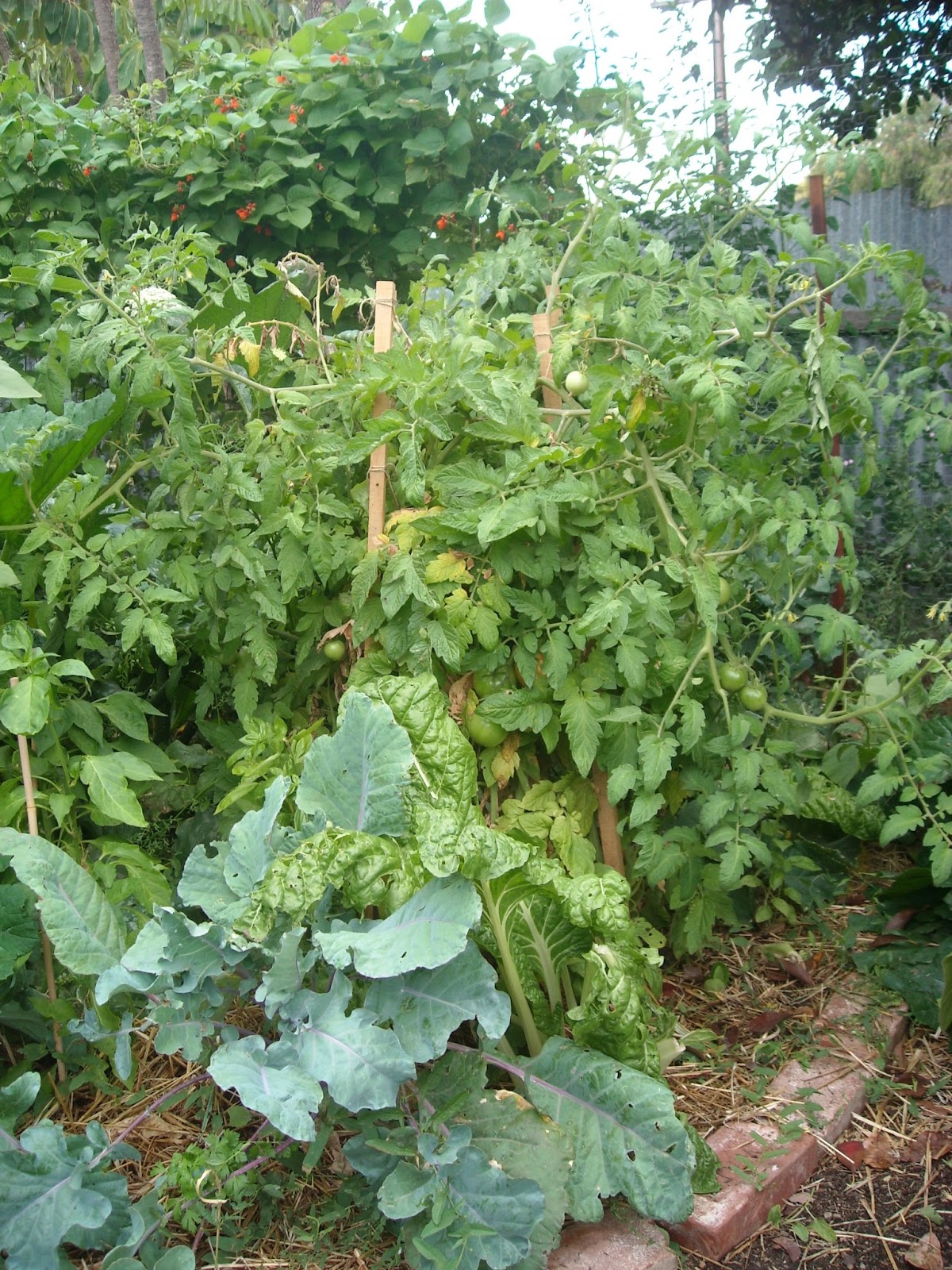 Now it might not be too clear in the above picture, but this tomato plant has grown right out the top of its staked cage. Consequently its branches have flopped back down over the sides. This particular plant doesn't appear to be causing any problem to itself or any surrounding plants, but... 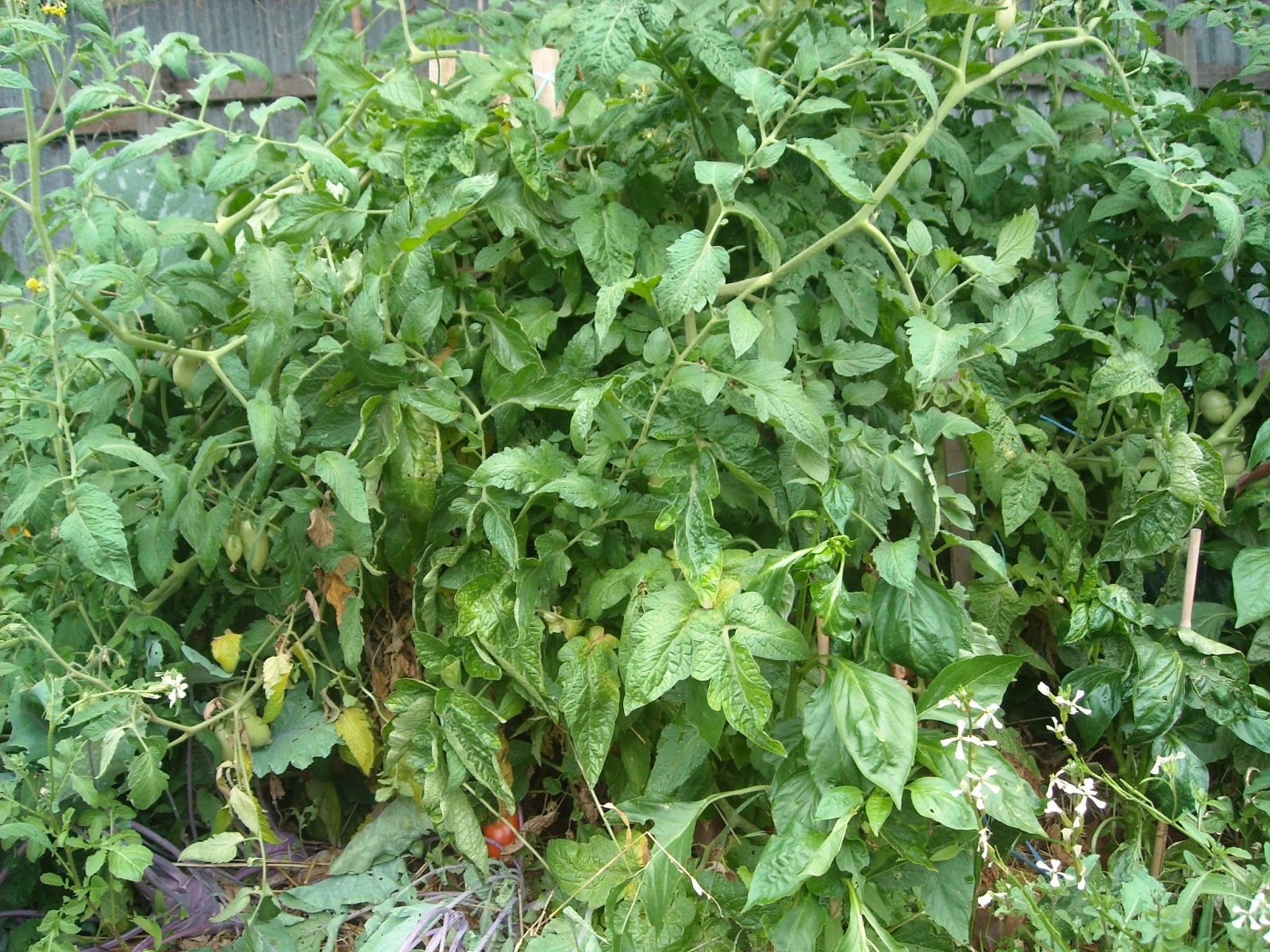 these two plants have almost taken over the entire bed and appear to upsetting the capsicums, now growing beneath. When I first put the 1.2 meter high stakes in around the tomato seedlings the cage looked so tall, I couldn't imagine it being outgrown. 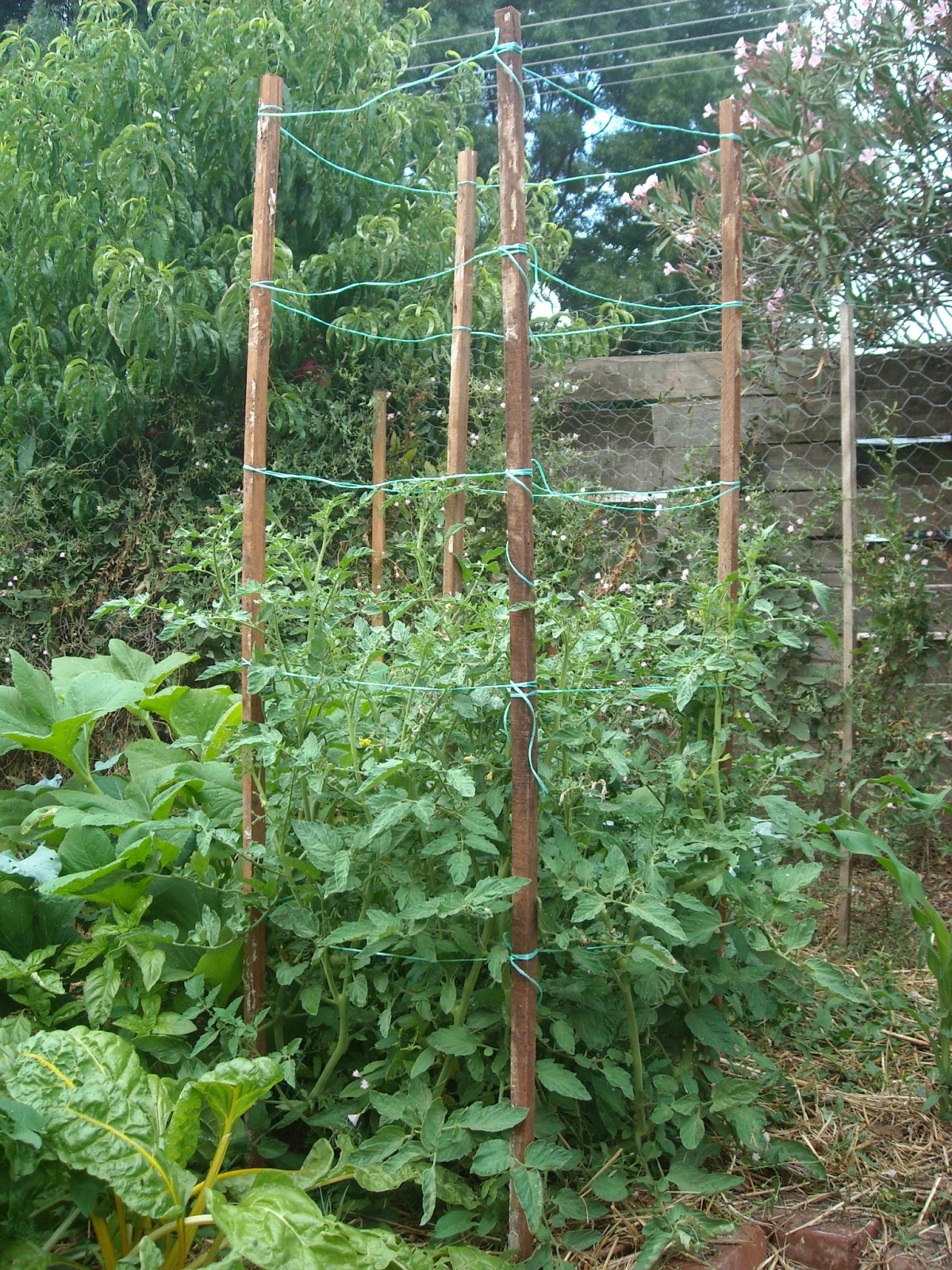 So for the last two beds in the garden rotation, I used 1.8 meter high stakes. Which looked ridiculously tall, towering around the seedling. It's quickly getting up there though. 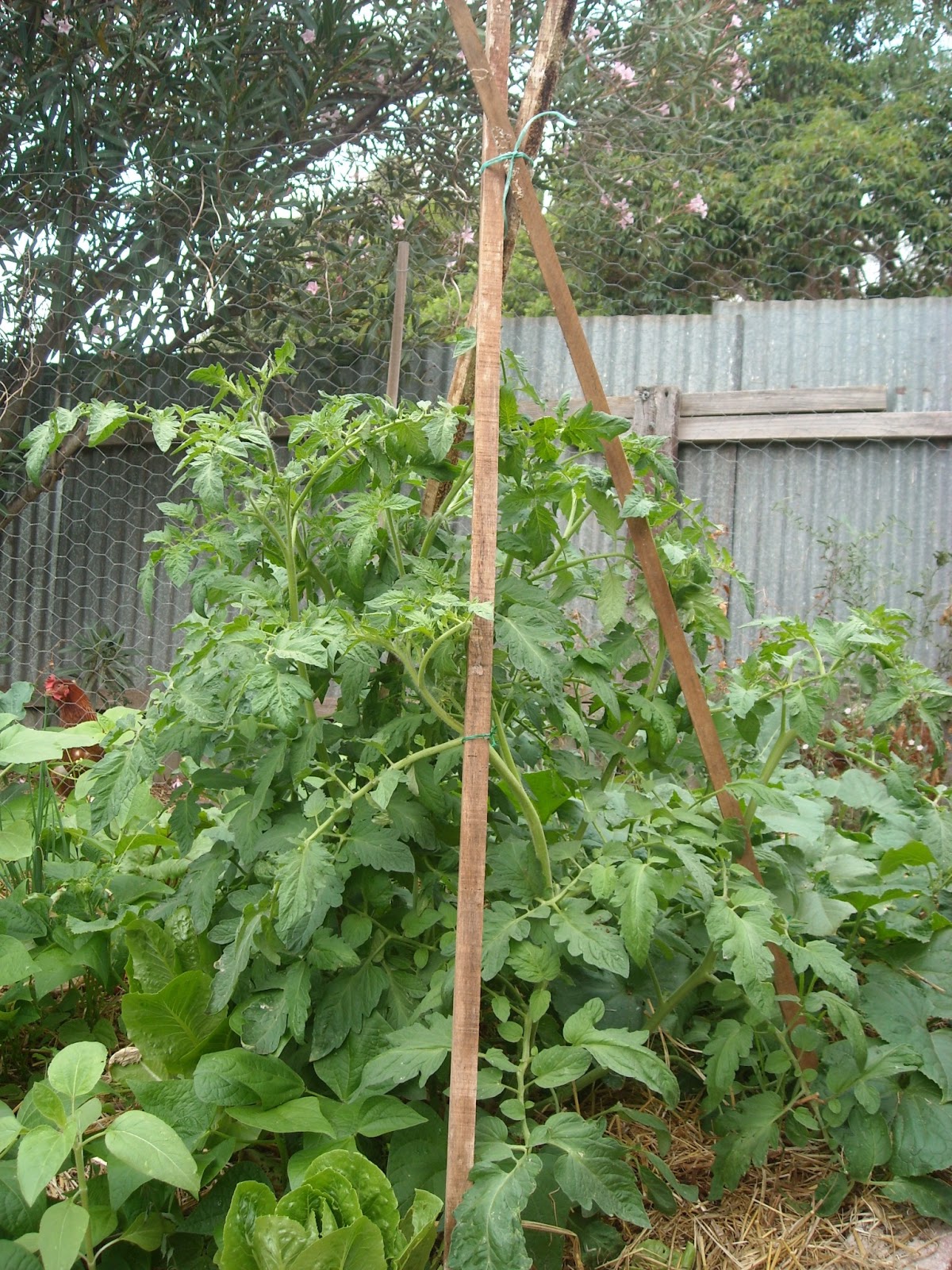 On the very last plant, I even gave a different support design a go, one that I picked up from a stroll around the Adelaide Botanic Gardens. I don’t know what it is commonly called, but I have named it the Teepee support. It was simpler and quicker to erect compared to the cage type, however does require you to keep tying the plant to it as it grows. With the cage you just push the branches back into the cage. Thus the small bit of extra upfront effort might be worth it in the long run. I must admit though, I do prefer the look of the teepee.
Posted by Jason Dingley at 5:14 PM