That's got to hurt

One of my girls laid this: 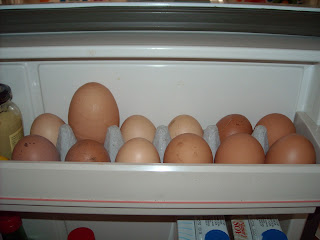 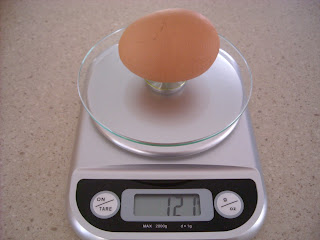 As you can see it weighted in at 121 grams. If I had a carton of them it would way one and half kilograms. Is that X-Large or XXXX-Large? Unfortunately it is still short of the world record of 201 grams laid by a Chinese hen in 2009. Now that's got to hurt. 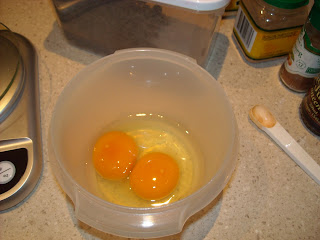 It was a double yolker that later made a very nice beetroot cake.
Posted by Jason Dingley at 2:21 PM