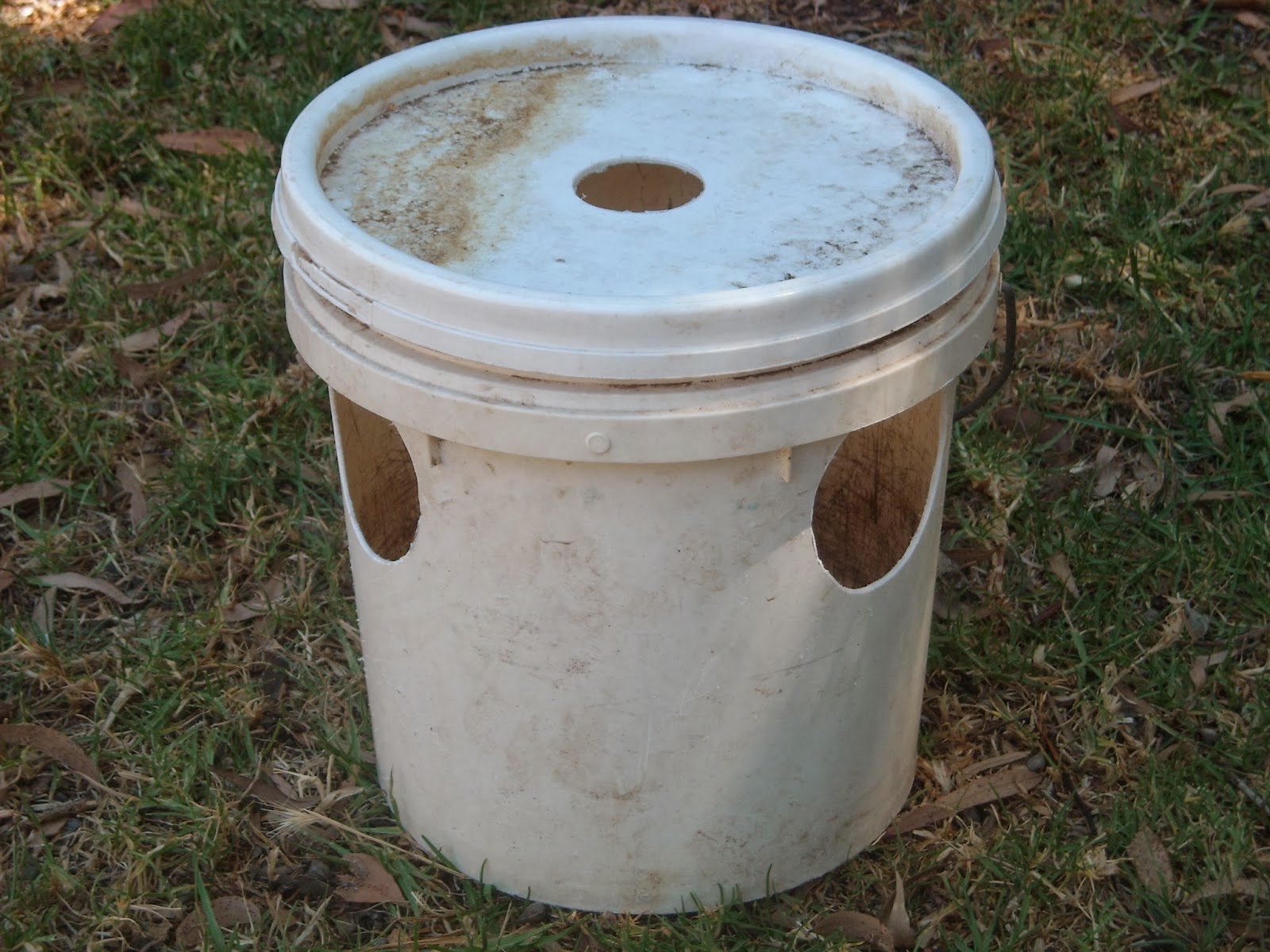 On one recent scorching hot day the children and I escaped the heat at our local swimming pool. On the way home later in the afternoon it suddenly hit me I had forgotten to refill the chickens drinking container that morning. Fully prepared for a saddening sight I was relieved to find them all ok, panting but still alive. Luckily I had gotten the insulation installed in their home only the week prior. As a result of this scary incident I decided a back-up drinking container was in order. 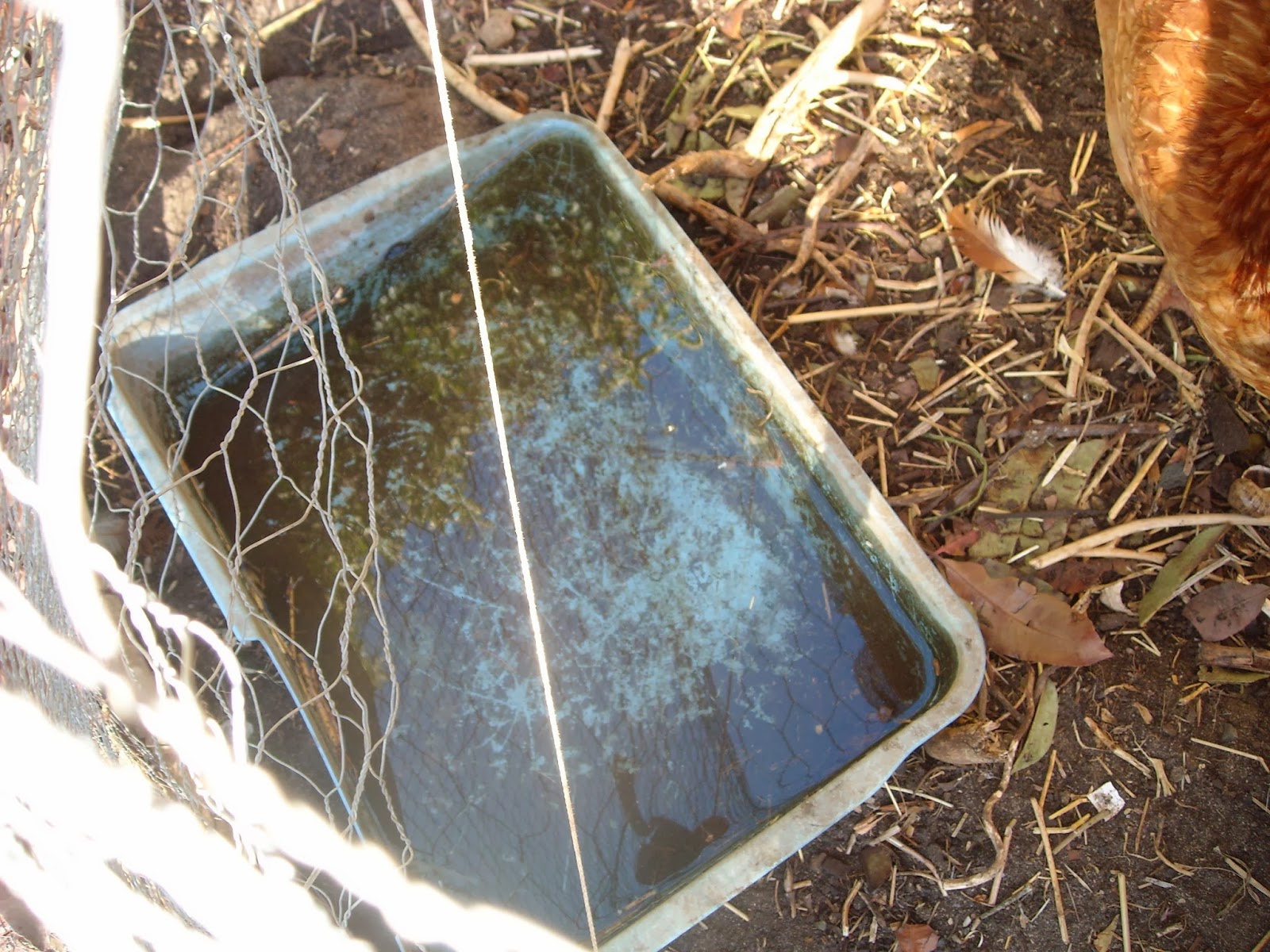 It is however not only me who results in drinking container incidents. Sometimes the chickens themselves will tip the water out. They dig under it, then stand on the edge and flip it over. So the new solution needed to be spill proof. The chickens also quickly dirty the current drinking solution with all the scratching and kicking, and washing their feet in it for that matter. So the new solution also needed to be dirt proof. This is what I came up with...

It is a lidded bucket with a couple of holes in the side (see first picture) of which the chickens can stick their heads in and have a drink. With the only access to the water being through two head sized holes it’s much more difficult for the girls to contaminate the water. Mind you they still manage it, so it’s not a perfect solution but way better than the open tray. 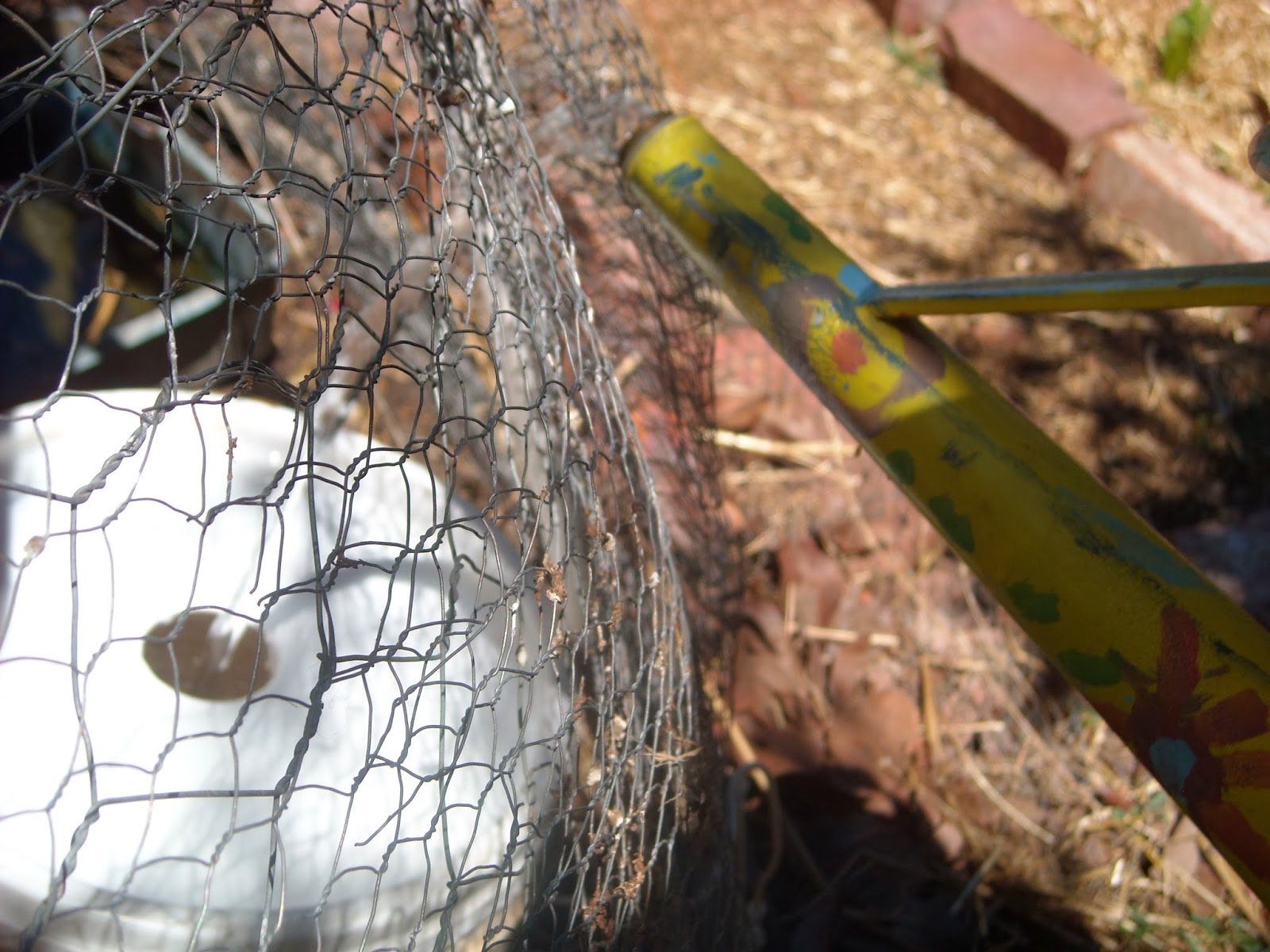 To enable topping it up with water without requiring one to get inside the enclosure and remove the lid, I also put a hole in the top to pour the water through. Unfortunately dirt does collect on the lid and gets washed in. It has just occurred to me though that I could insert a small piece of PVC pipe to create a lip around the hole, which should solve the problem. 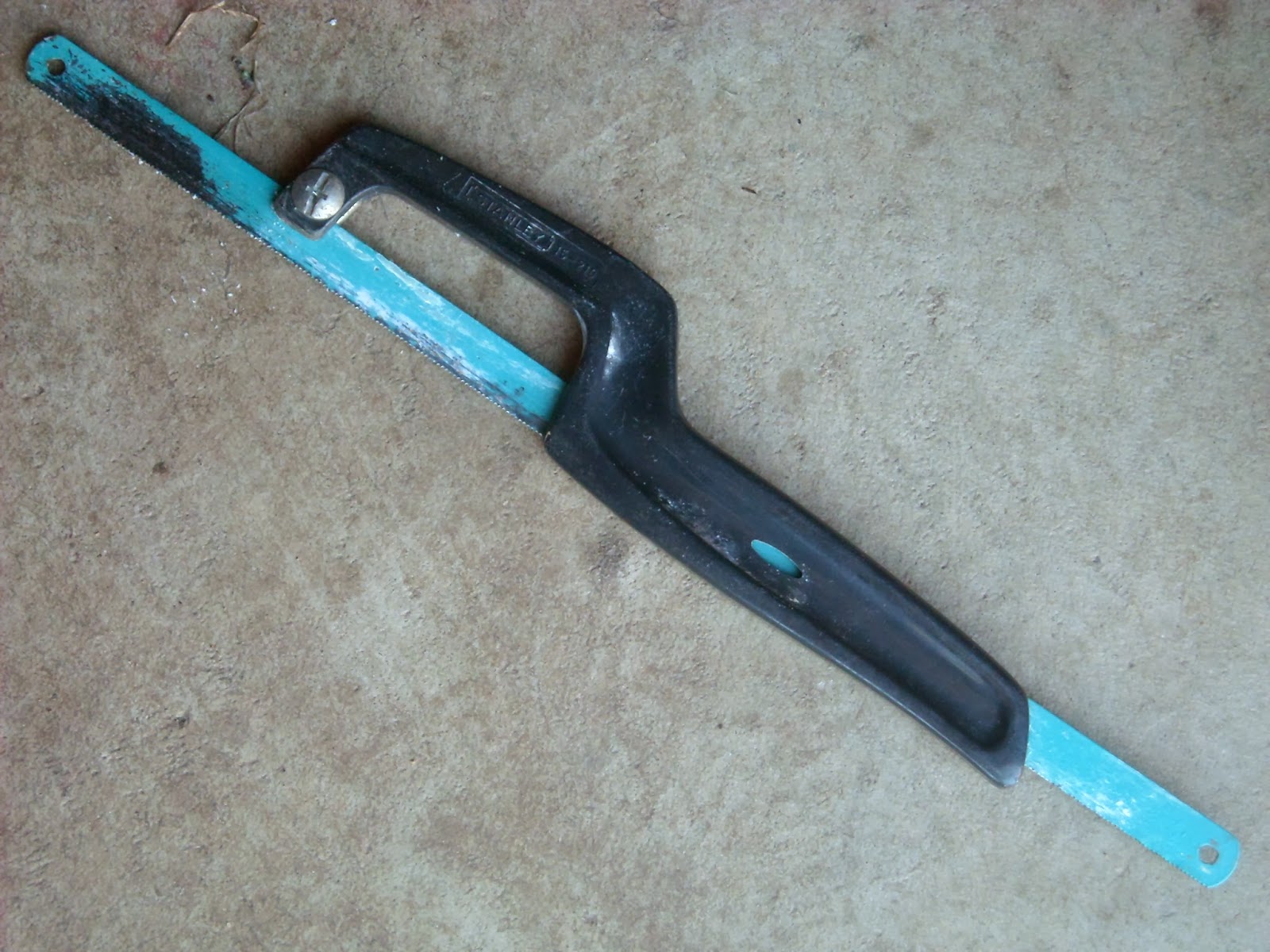 I cut the holes with this simple and inexpensive tool that I found in Melanies tool box. It's fundamentally a hack saw blade with a handle. 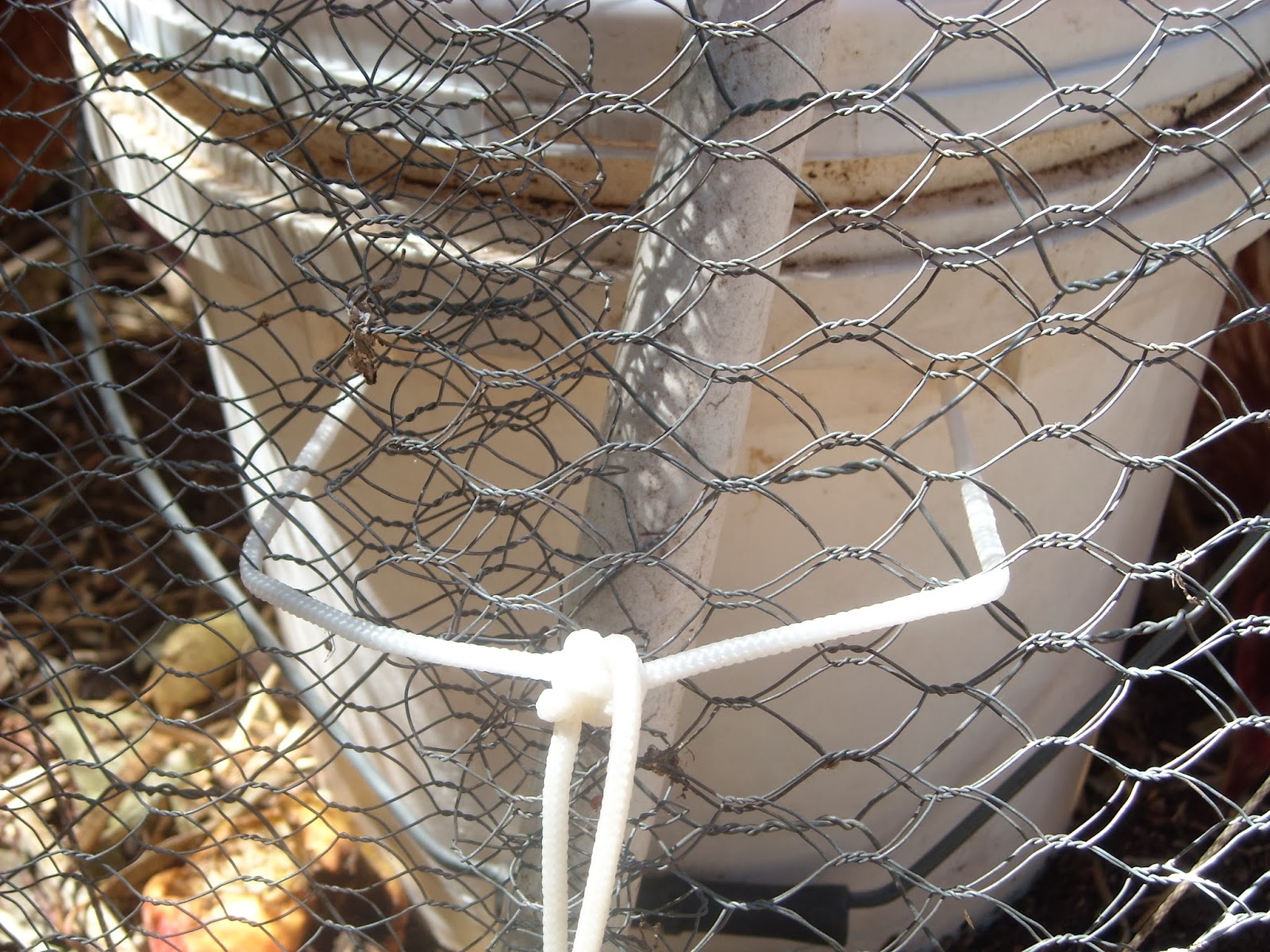 To insure it wasn't tipped over I fastened it to their enclosure via a couple of small holes in the back of the bucket and a piece of string.

Do they use it? Well they did stick their heads in when I first installed it - chickens are quite inquisitive little creatures for such vulnerable animals. But since then I haven’t seen them drink from it yet. Mind you, their old drinking container has not run out of water since. I can only hope that if it ever does, god forbid, they are smart enough to remember the new option.
Posted by Jason Dingley at 7:55 PM