How to kill lawn 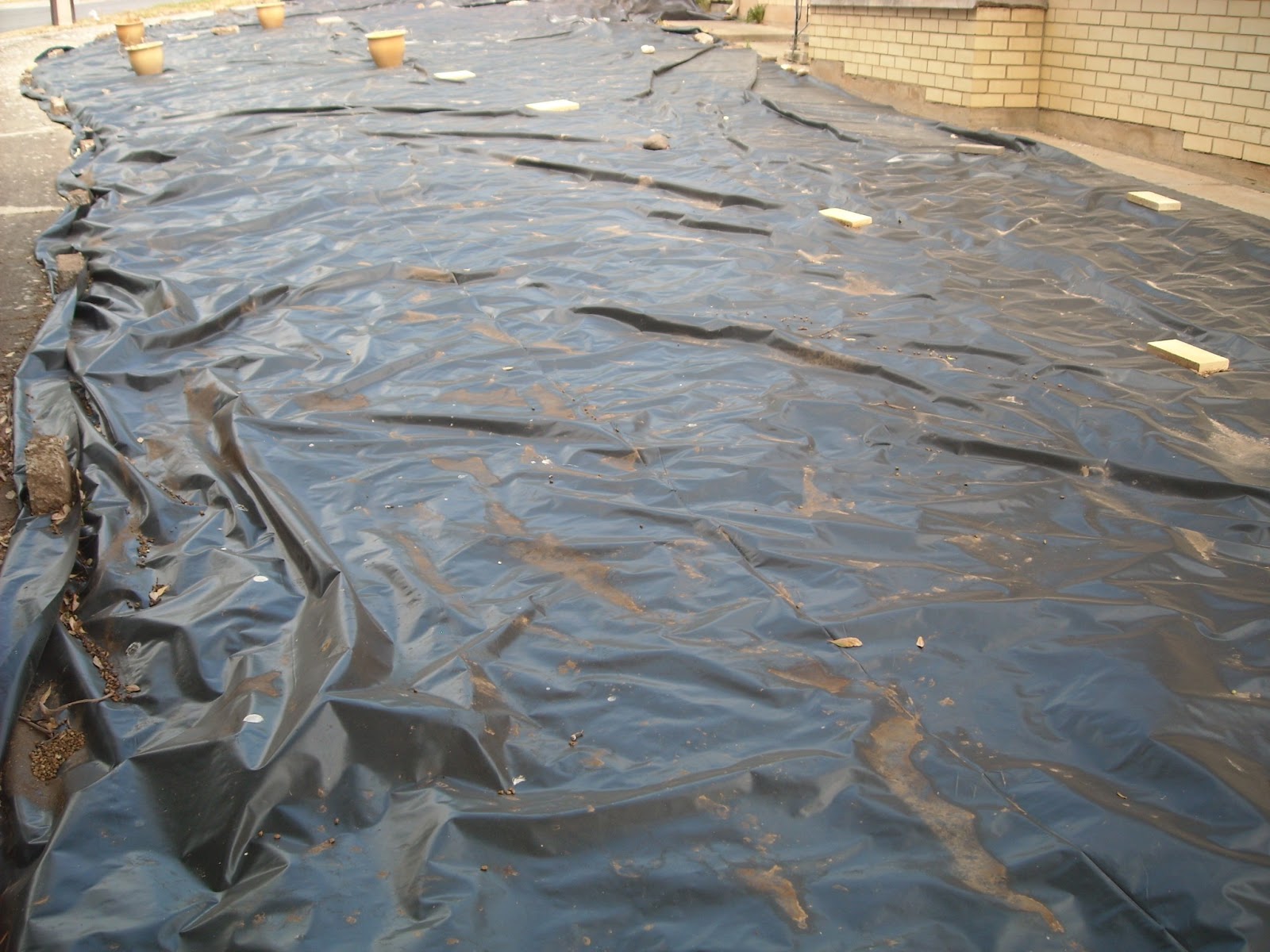 For the last five years our front garden has been pretty much nothing but a lawn, and a reasonably sized one that could be put to much better use. With a desire to grow our own fruit and berries we decided it was time for the lawn to go and the orchard to begin. But how do you get rid of such a robust plant? We didn't want to poison, particularly as we intend to eat from this garden. Some  time back I attempted a grass killing technique called ‘solarization’. My interpretation of the technique however was probably better named ‘greenhousing’ and did the complete opposite to killing the grass. You can read about that failure here. But thanks to advice from a gardening friend we have managed to solarize the front lawn with great success.

The principle behind solarization is not totally about cooking it, rather forcing the grass to grow until it exhausts itself. Covering it with black plastic film forces the grass to grow and send out shoots to look for light. Every attempt not only is faced with impenetrable darkness but also scorching heat. I am sure you can image how hot it must get underneath that plastic on a hot summers day. Meanwhile the grass in its struggle to survive is consuming all its stored energy right down to its roots.

To help kick start the process it was advised to first fertilise the law. I used a cheap artificial liquid fertiliser from the supermarket, that in itself would have given the grass a short lived sugar high then left it exhausted and probably with a headache. Chicken manure is another good option, it’s high in nitrogen triggering great growth but when applied directly is so rich that it burns. 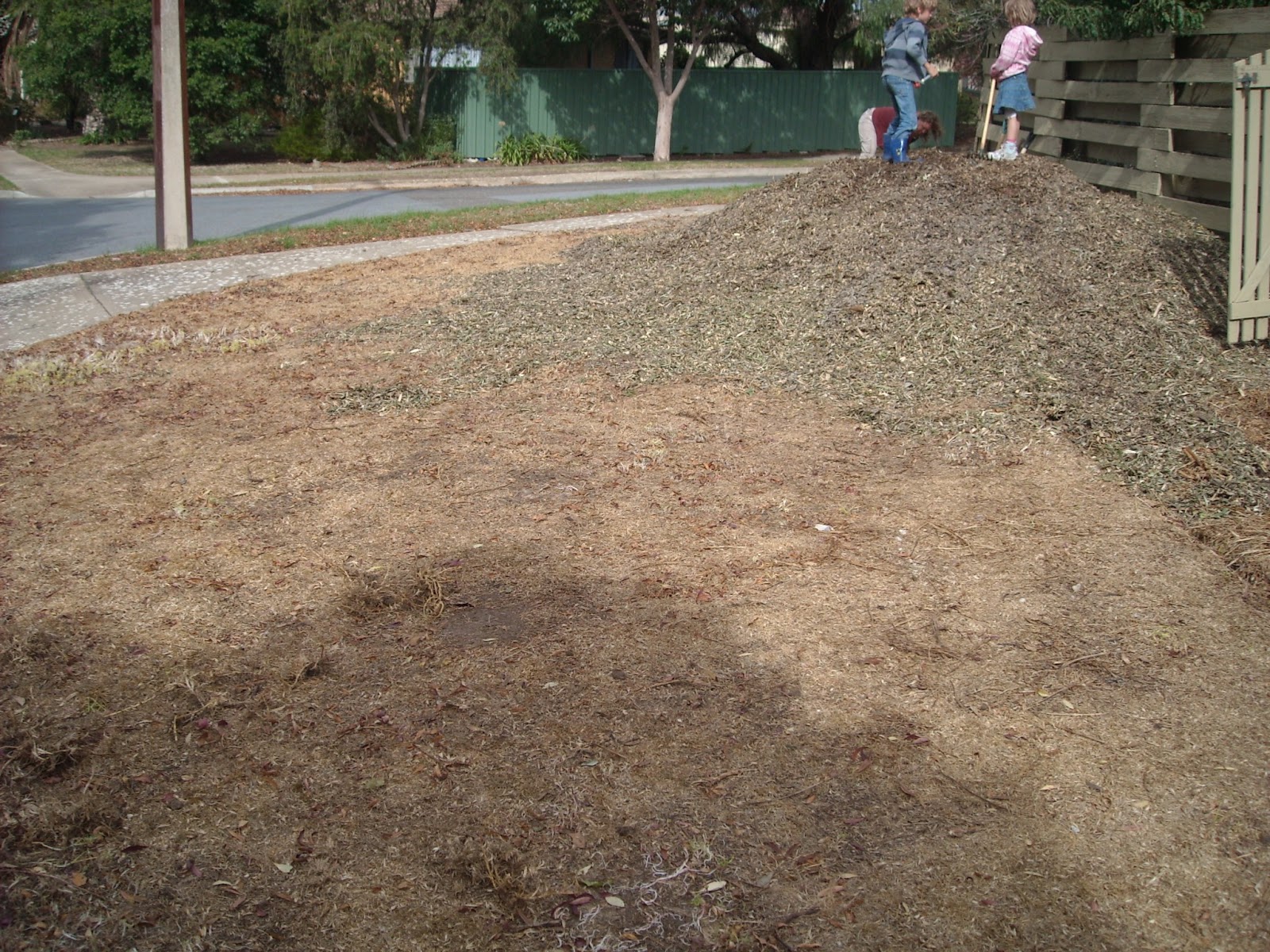 Six weeks over summer is all it is meant to take but due to other priorities, or possibly slackness, we left it for 4 months. The neighbours must have thought we were a real classy bunch. Anyway... the extra time probably helped, when I pulled it up the grass was completely dead. Except along some of the edges where it had managed to creep out and find light. So I did end up killing those off with a bit of poison, but a fraction of what would have taken to kill the whole lawn. 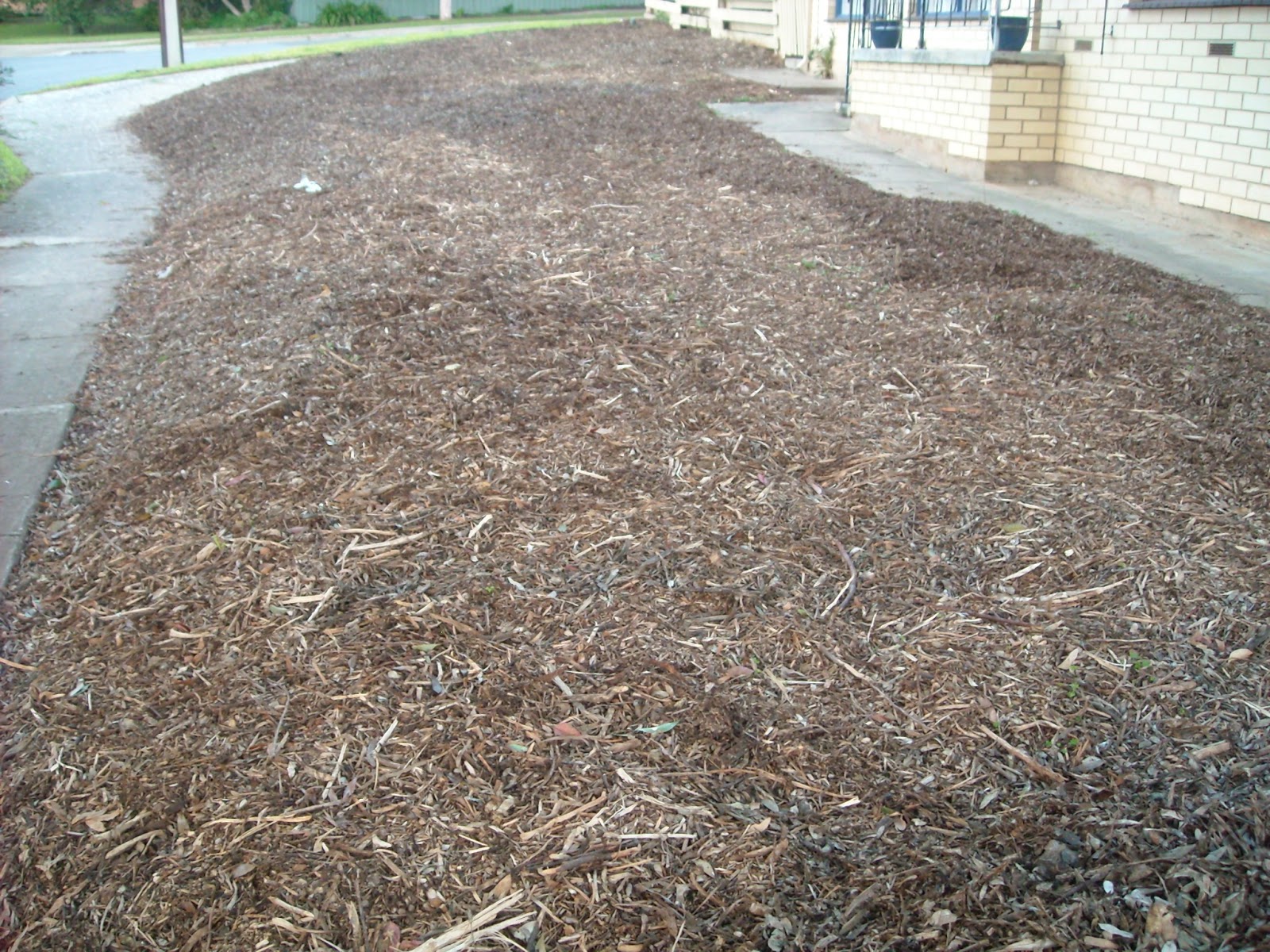 The final touch was to cover it with mulch, and I would like to give a big thanks to Ashley and Sam for their much needed contribution with that. After a long time of looking at black plastic it felt amazing to have it completed.
Posted by Jason Dingley at 5:30 PM