Mallow weed, what’s it telling me? 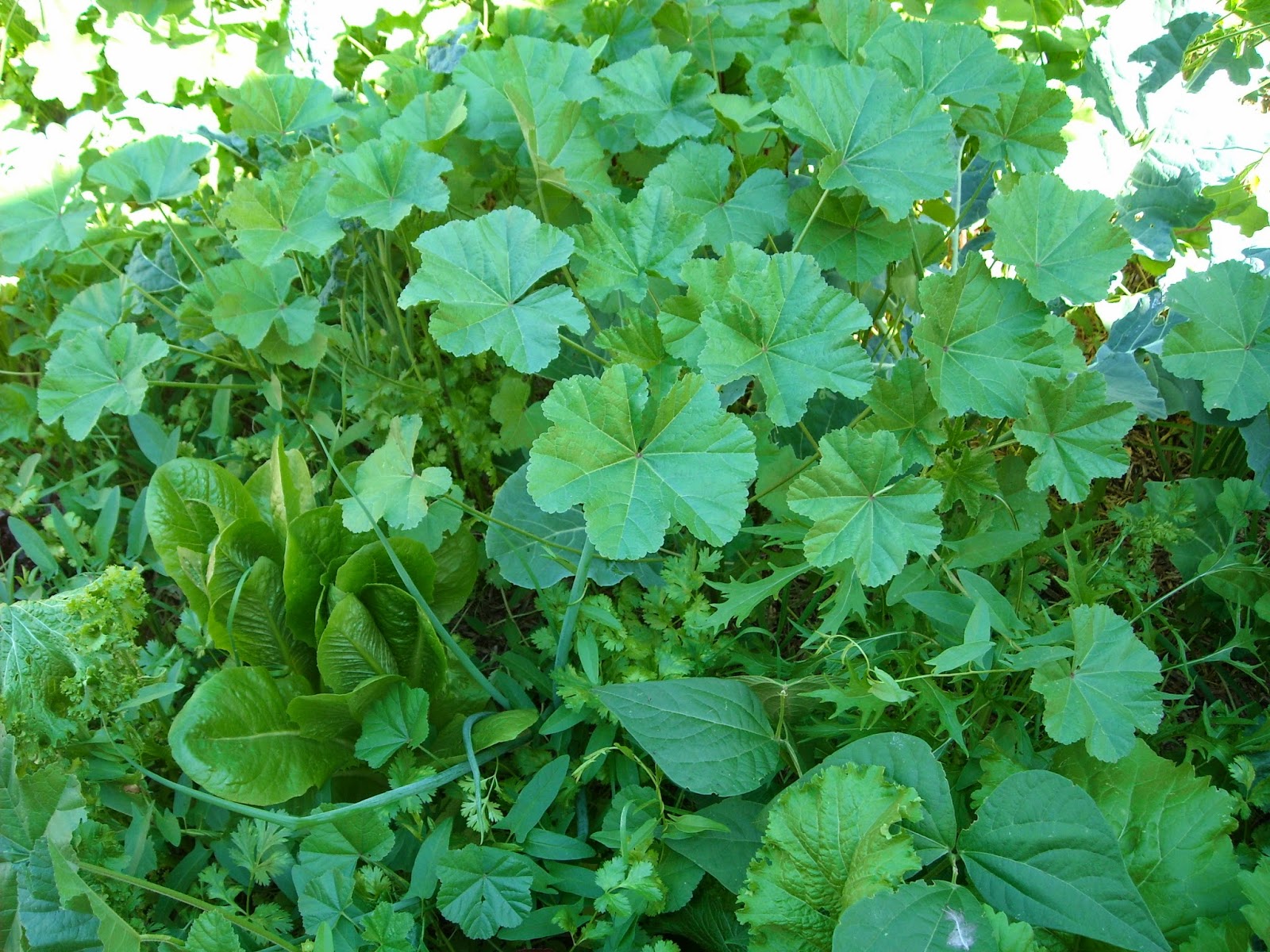 In my last post I raved about how successfully I had planted out in the heat of February and I was so pleased at how healthy all the plants were looking. But while I was distracted preparing the March bed this bed became overrun with a weed, and the vegetables seem to have declined in health. I had never seen this particular weed in the vegetable patch before and became intrigued as to why it decided to all of a sudden start growing - in mass - in this one particular bed.

Despite gardeners being in constant battle with weeds, if you stop take a breath, calm the anger and hatred you feel towards them, you can often glean some valuable information from their mere presence. Well that’s what I am told. Weeds are meant to be excellent soil indicators. Simply by observing the most prevalent weeds you can deduce the quality and condition of the soil. They can tell you if the soil is too wet or too dry, whether the soil is healthy and balanced or depleted. They can even indicate if the soil is over rich or deficient in specific nutrients.

So what was this weed problem telling me?

Before I could conduct my investigation I needed to know ‘who’ I was dealing with. One of the best tools I find for identifying plants is Google’s image search. Search for an obvious characteristic, in this case leaf shape was the only one I could think of. I searched for ‘round leaf australian weed’. Surprisingly I recognized my weed quite quickly there on the first page, among many other “weed” images I recognised ;-)

Known for crimes in many countries my weeds name was: Small-flowered Mallow (Malva parviflora L.) belonging to the Malvaceae family, and going by many other names: Mallows, Marshmallow, Ringleaf Marshmallow, Whorled Mallow, and Whorlflower Mallow. Described as an erect or sprawling, annual or biennial herb to 1.5 metres with round lobed leaves, heart shaped cotyledons, small, 5-petalled white or pink flowers that swell into 4-10 mm fruits that look like tiny pumpkins.

Now that I had its name, the next step was to conduct a bit of research. Majority of online resources seemed to indicate that mallow enjoyed highly fertile soil. But like all the gardening research I do, why does it never turn out black and white? A few sources contradicted each other with claims ranging from wet to dry soil and cultivated to compacted soil. Like with all research it is important to compare what you read to your own experiences and observations. I have often seen mallow growing in my driveway, seeming it is gravel and highly compacted it seems to indicate it likes nutrient deficient, dry, and compact soil. I recently even saw it growing on gravelled road sides and walking trails. And growing in dry compacted soil does seem to make sense to it having a very deep tap root.

Turning back to the vegetable garden has me observing something quite different and very interesting: the mellow is only present in one isolated garden bed. So that got me thinking about what is different about this bed. Well… it is on the same irrigation system getting the same amount of water as all the other beds, it gets about the same amount of light, is on the same slope, and is prepared using the same method as the others. The only things different I can think of is that it has been recently cultivated by the chickens, and I added, as an experiment, two bags of commercial composted cow poo. This would concur with the majority of references claiming it thrives in rich fertile soil. And such a conclusion about my garden I am more than happy to accept.

There is also the other possibility that the mallow seeds were eaten by cows, and end up here in my garden. I do question whether this would be possible though. I would have thought commercial composting to be quite intense - killing off all seeds. But I am also open to accept that the soil is becoming compacted, or maybe I am over watering, or not enough.

Sadly understanding what this weed problem is telling me is not clear, but what I have learnt is that they need to go. Apparently mallow serves as a host for insect pests and viruses that cause diseases in neighbouring plants. One of the common pests it harbours is caterpillars. This clearly explains why so many of the plants in this bed are being eaten to shreds, particularly our precious kale needed for our morning smoothies. The good news is that they needn't go to waste. Apparently South African natives have used mallow for various medicinal reasons, including as an astringent, an anti-inflammatory and antiemetic agent, and a treatment for tapeworm. So following the advice that it makes a good alternative to spinach it has become a temporary substitute in our smoothies while the kale picks up.

Out of this research I came across this potentially valuable resource that may help with understanding other weed problems: weed and soil table

Do you get mallow in your garden, and if so under what conditions does it seem to thrive?
Posted by Jason Dingley at 7:12 PM