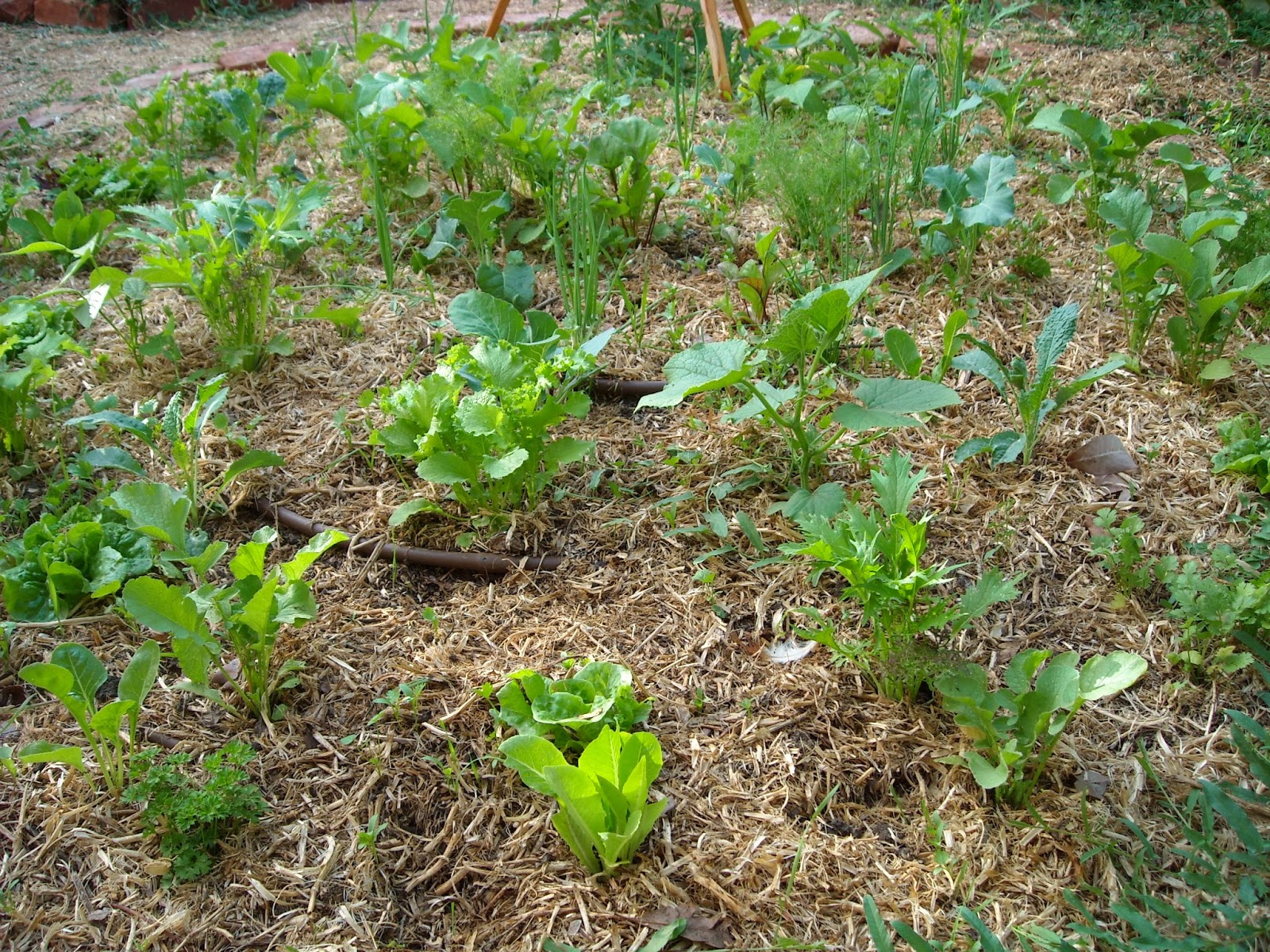 If I told you that I was planning to plant out seedlings on a hot summers day in early February with the mercury soaring in the 40ies (Celsius), and was going to plant them out in the morning so that they would have to injure the blistering heat for the entire day, would you think I was mad?

Well until recently I too would have thought I had lost my marbles. But pushed by necessity this is what I was forced to do, and just look at the results - the entire bed is thriving.

As those of you who follow the progress of my garden would know, I changed the rotation of the garden from a spring and autumn planting to an all year round monthly rotation. Along with not knowing whether the chickens would survive the change to being in full sun over summer, I was also apprehensive of how successful planting out would be. When I told my grand plan to one of my good gardening buddies - Debbie - she too questioned the feasibility of this idea. But I was determined, or possibly pig headed, that this idea was going to work, and was willing to put the lives of our chickens and seedlings on the line to prove it.

Through my personal observations I have come to believe that plants can survive quite high temperatures as long as the plant can continue to maintain its moisture. Plants just like us can keep themselves cool through perspiration, or as it is more technically known in the plant world as transpiration. The risky problem that a plant faces though is hot days usually mean dry soil, and thus a risk of running out of water. So in the harsh game of survival, if a plant fears that it is going to run out of water it will close off its stomata in an attempt to prevent water loss, inhibiting transpiration. In extreme temperatures this of course can result in the plant getting cooked.

So the trick to planting out seedlings in extreme heat conditions, is to not only insure the soil is well wet, but to also convince the plant that water is in great supply, and that it can happily go on transpiring as much as it likes without fear. To convince our seedlings of this, I simply left them soaking in a tray of water the night before. They probably all assumed there had been a flash flood and thus plentiful supply of water to last. Of course after such a trick one must supply them with the adequate water now promised. I gave the bed a good soaking with a sprinkler before hand and then set the auto drip irrigation to run for an hour every morning.

Have you ever planted out in summer?
Posted by Jason Dingley at 10:11 AM