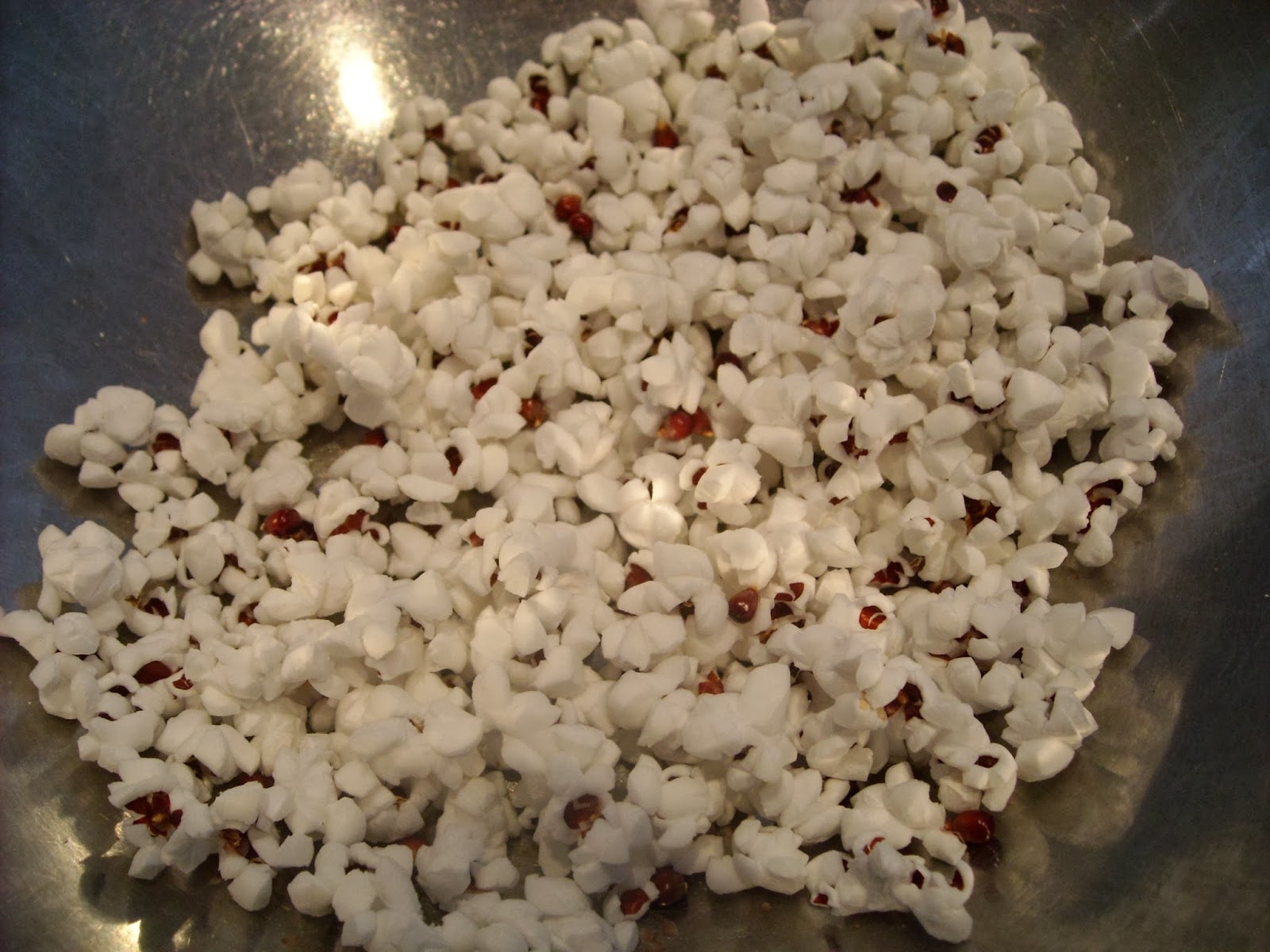 Probably 5 years ago now I came across a seed packet labeled ‘Pink Mini Popping Corn’ and got quite excited. Yes I too enjoy cute things. When I was a child I use to collect Tic Tac contains because they were so tiny. Anyway the popcorn was planted and grew amazingly well and abundantly. The cobs where only about 3 inches in size and had these adorable red tuffs of hair. If my memory serves me correctly we let them dry out on the plants before harvesting. When we did pick them Melanie, the children and I were all very excited to see them pop. The big question on all our minds: was the flesh inside pink? Sadly that day we never found out. Using the old fashioned method - oil in hot pan - they failed to pop. Feeling disappointed we stuffed them in a cupboard and they were forgotten about. Until… 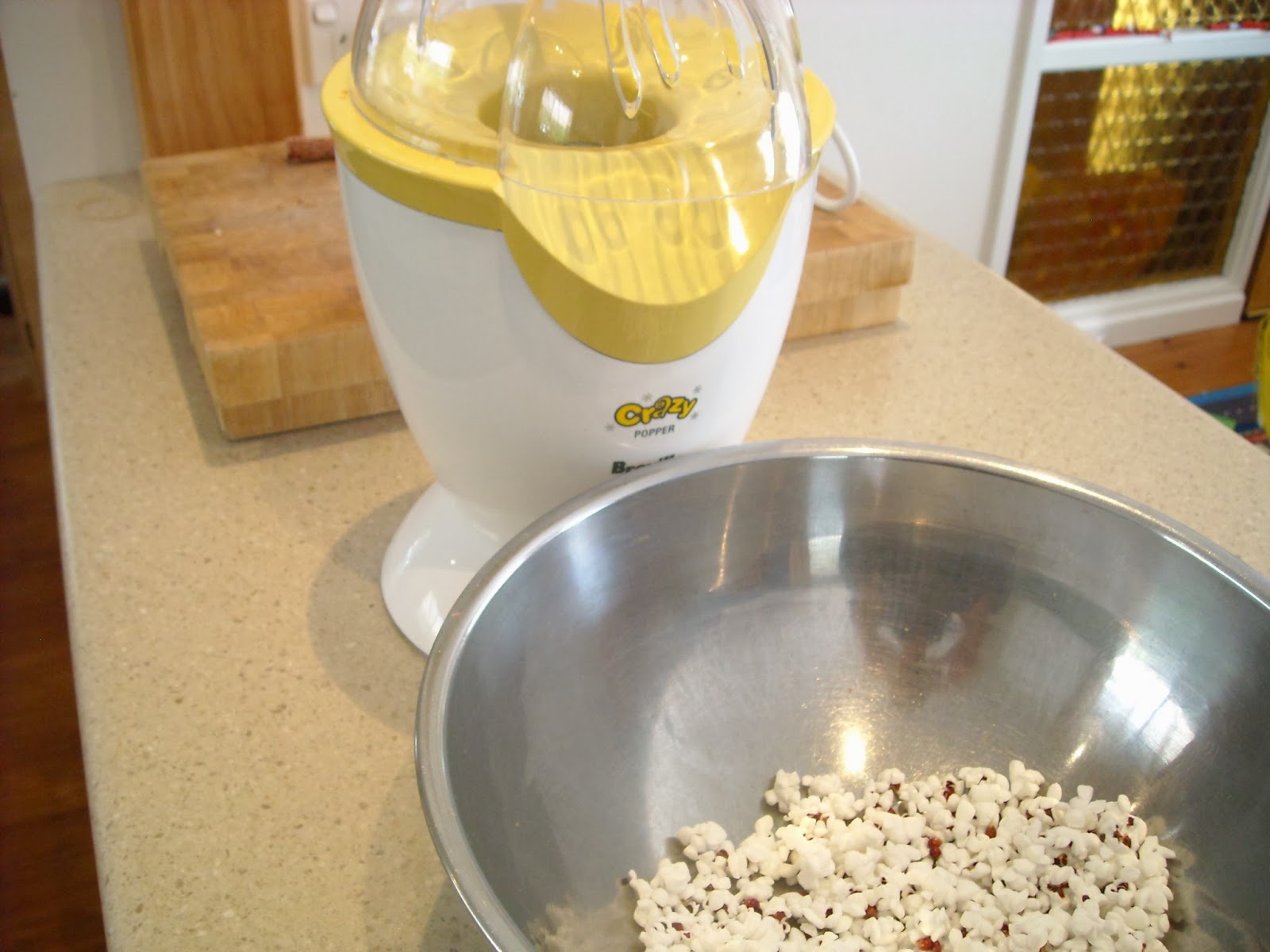 5 years later I was trying to make space in the cupboard and was about to ditch them in the bin when Melanie stopped me - she too finds it irresistible to hold on to cute things. But then I remembered within that time we had been given a popcorn machine, and this time they were a raving success. Sadly the flesh is white, however the dark red rusk does cast a pink light on to it. And the taste is excellent! - better than the regular stuff. They have more flavour and as the husk is so small it doesn't get caught in the back of your throat. 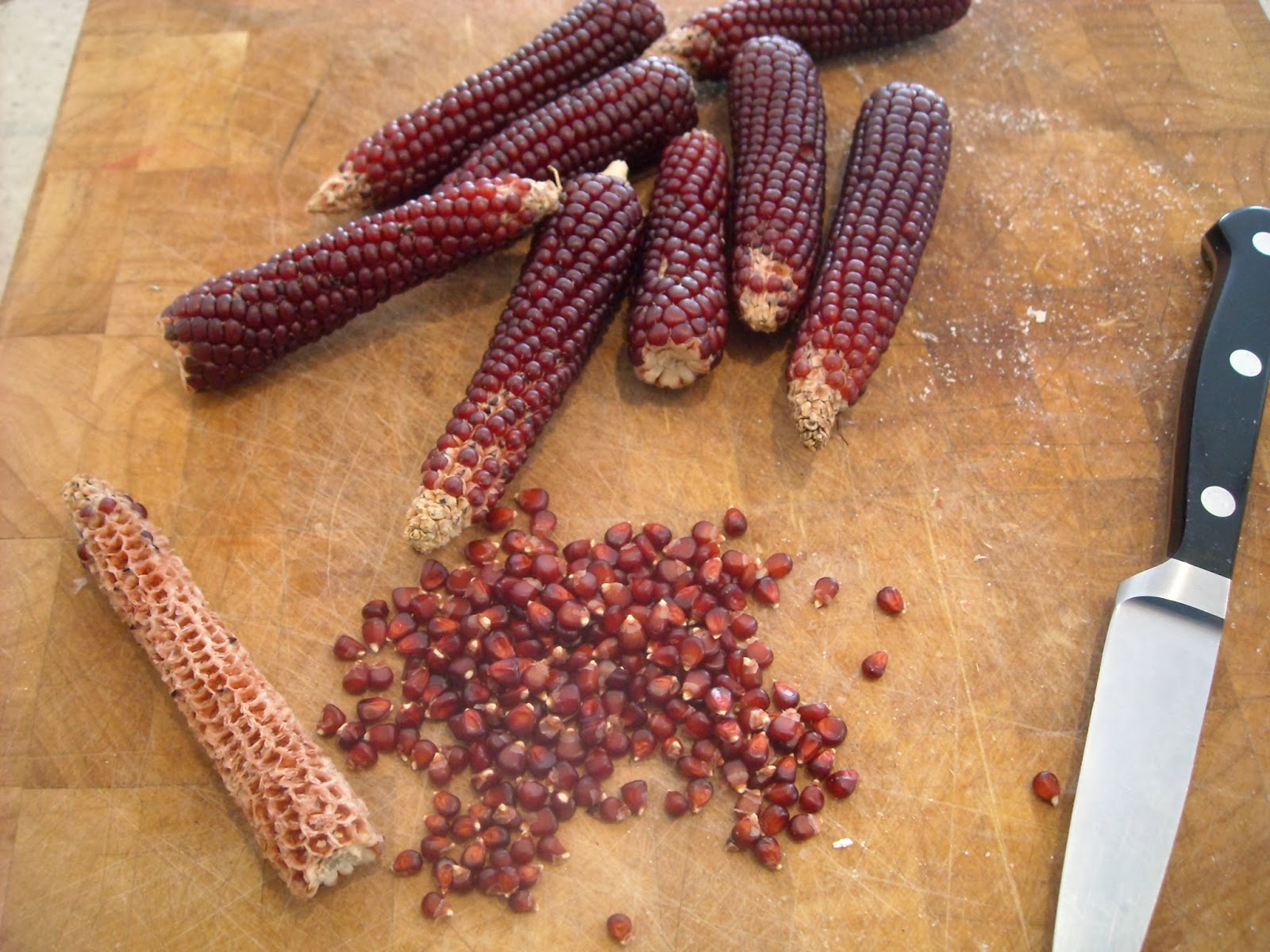 Initially it was quite an ordeal getting the seeds off the cob using a knife, until quite by accident I snapped a cob in half. With the cob snapped in half I found by just using pressure from my thumb toward the snap point they easily push off. Making it possible to prepare a batch of popcorn in a few minutes.

I have now just got to find some mini Jaffers then I am ready to go to a mini cinema.

Posted by Jason Dingley at 7:00 PM