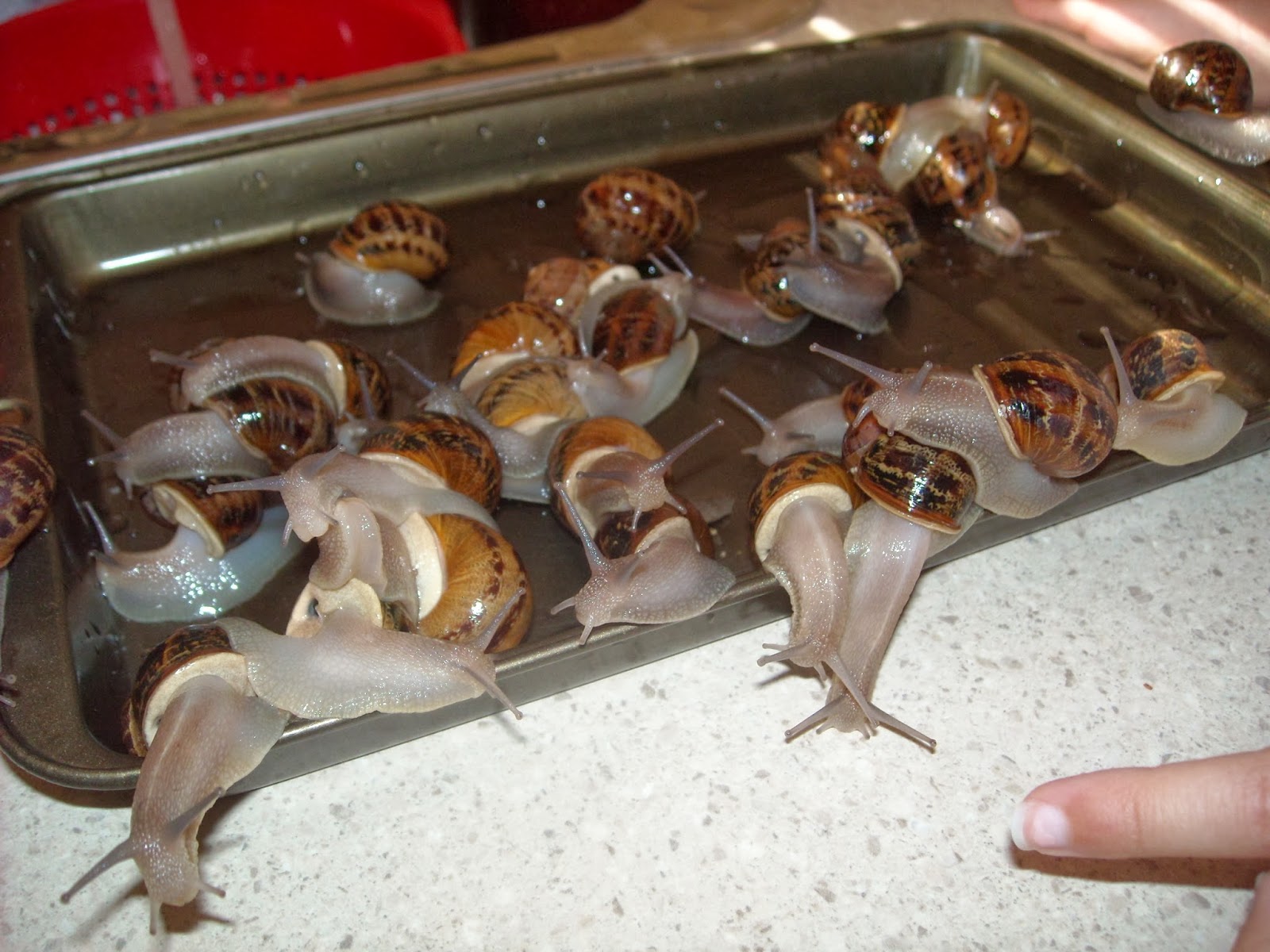 For a number of weeks I had been watering a set of native plants in pots - kindly donated - while Melanie and I thought of where to plant them. When we finally decided on the place and started planting out we discovered 40 odd snails hiding amongst the plastic pots. Not wanting to turn a blind eye and let them make a run for it back to the garden, they had to be gotten rid of, but how?

The occasional snail that I find I usually throw to the chickens. Sometimes they eat it, but often they just give it a nonchalant peck - depends how hungry they are I guess. So there wasn’t much point feeding them 40 of the slimy things. If my conscience didn’t get in the way I would have crunched the lot beneath my feet. But despite them eating our prized vegetables I just couldn’t do it. I can however justify killing for food if done with minimal suffering, and by the size of these snail they sure looked liked they had had a good life with minimal suffering. But if the chickens weren’t going to eat them there was only one option… The family and I were going to have to do it.

Before doing so I did my research thoroughly. Turns out the common garden snail found in Australian backyards is the same variety used in fancy restaurants. I also learnt that the Italian method for farming them is almost equivalent to the way these have been raised: roaming wild in a vegetable patch. The only difference is that on a farm the vege patch has a snail proof barrier surrounding it - only this time to keep them in. Regardless I couldn’t be certain what they had been eating so the recommendation is to put them on a cleansing diet for a week. 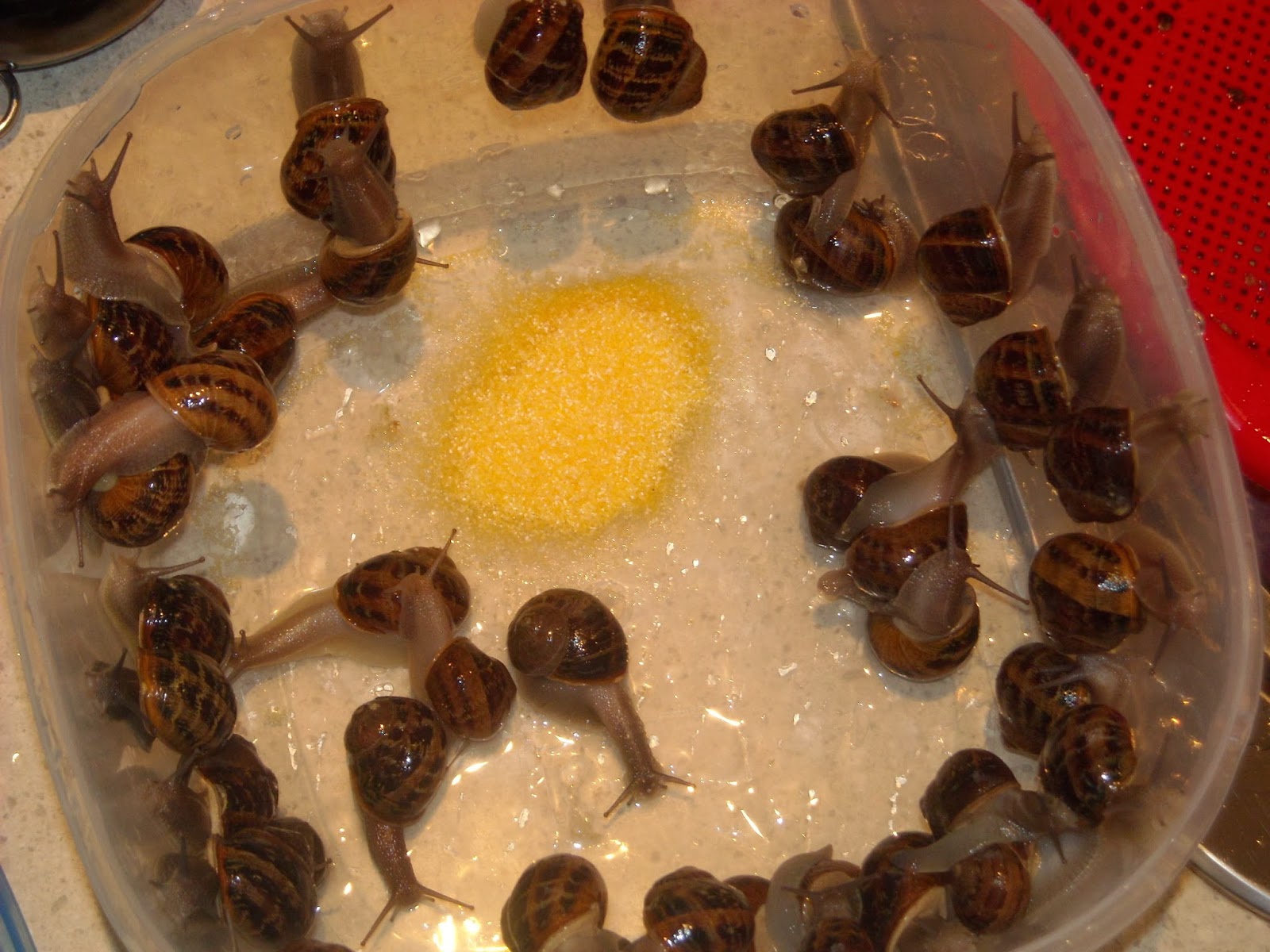 We gathered them up and kept them in large plastic container with a few air holes in the top. We kept them in captivity for one week fed on a diet of nothing but polenta. 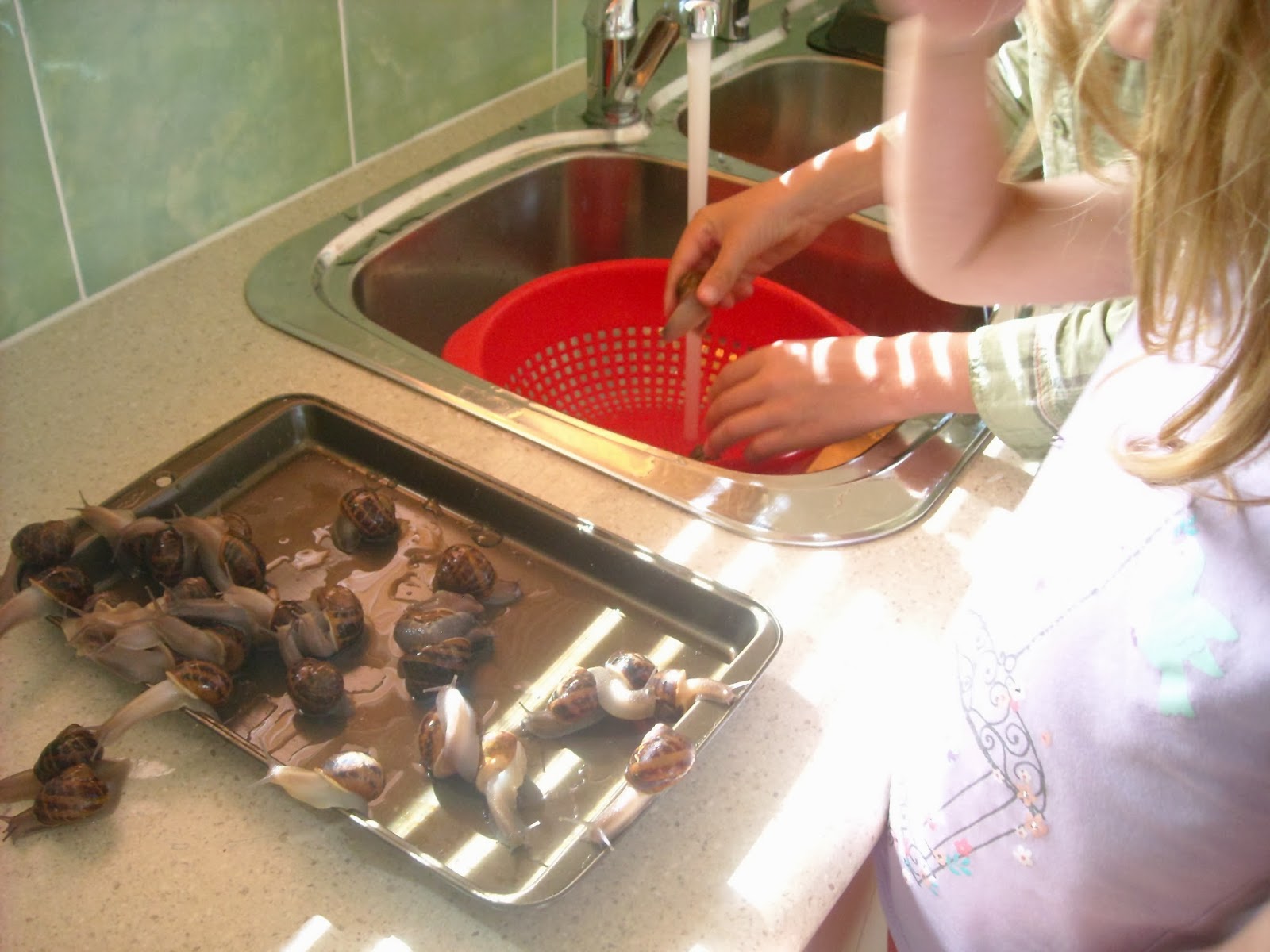 Every couple of days the children took great pleasure in giving them a wash under a cool running tap. The cool water sure makes them active and very friendly. 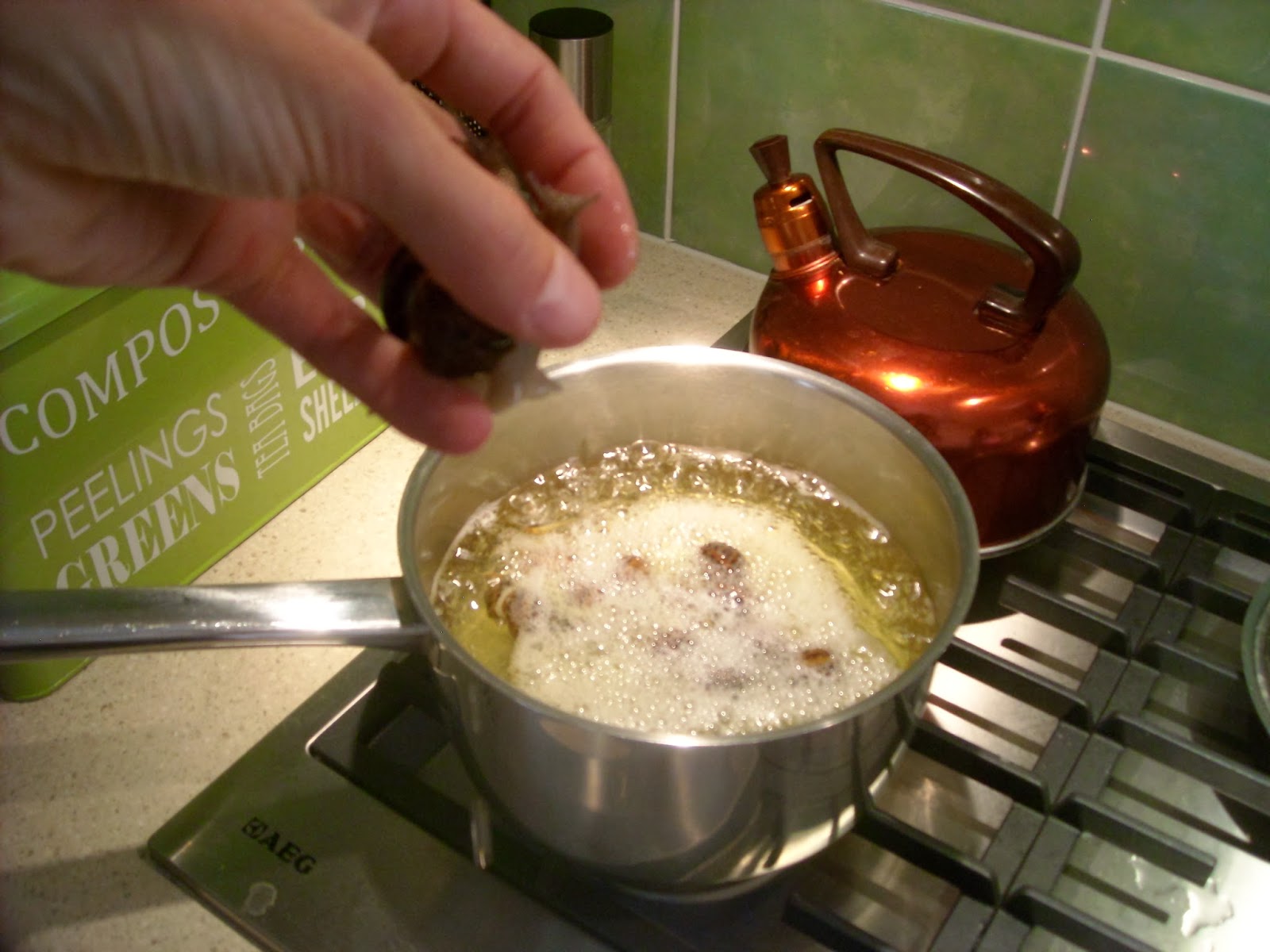 After saying a small prayer out of respect to living creates that were about to be killed at my hand, I threw them into a boiling pot of water - hopefully the most humane method. 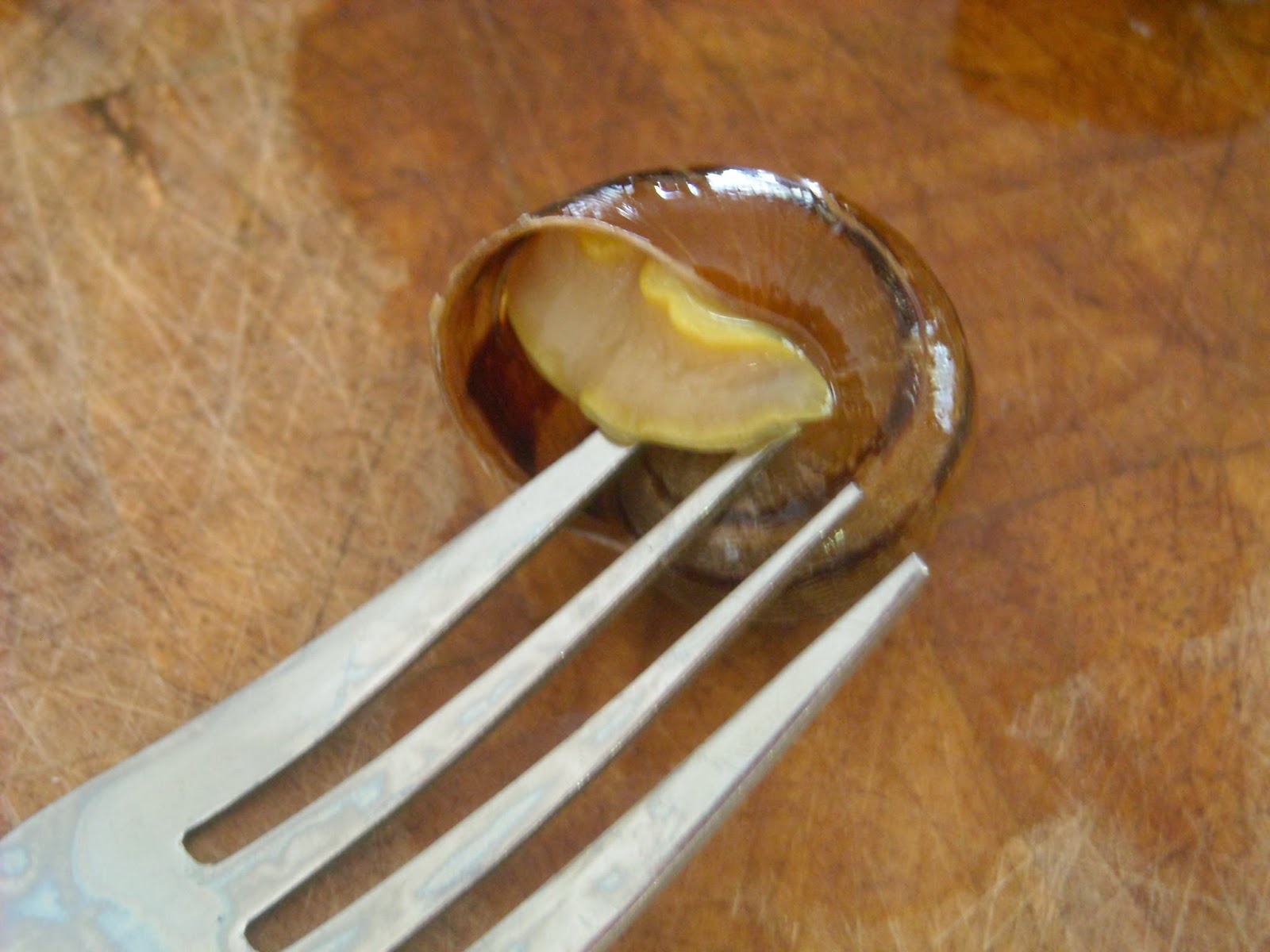 After a few minutes we cooled them off under the tap and began what I thought was going to be a very difficult task… pulling them out of the shell. To my pleasant surprise they simply twist out with a fork or skewer. 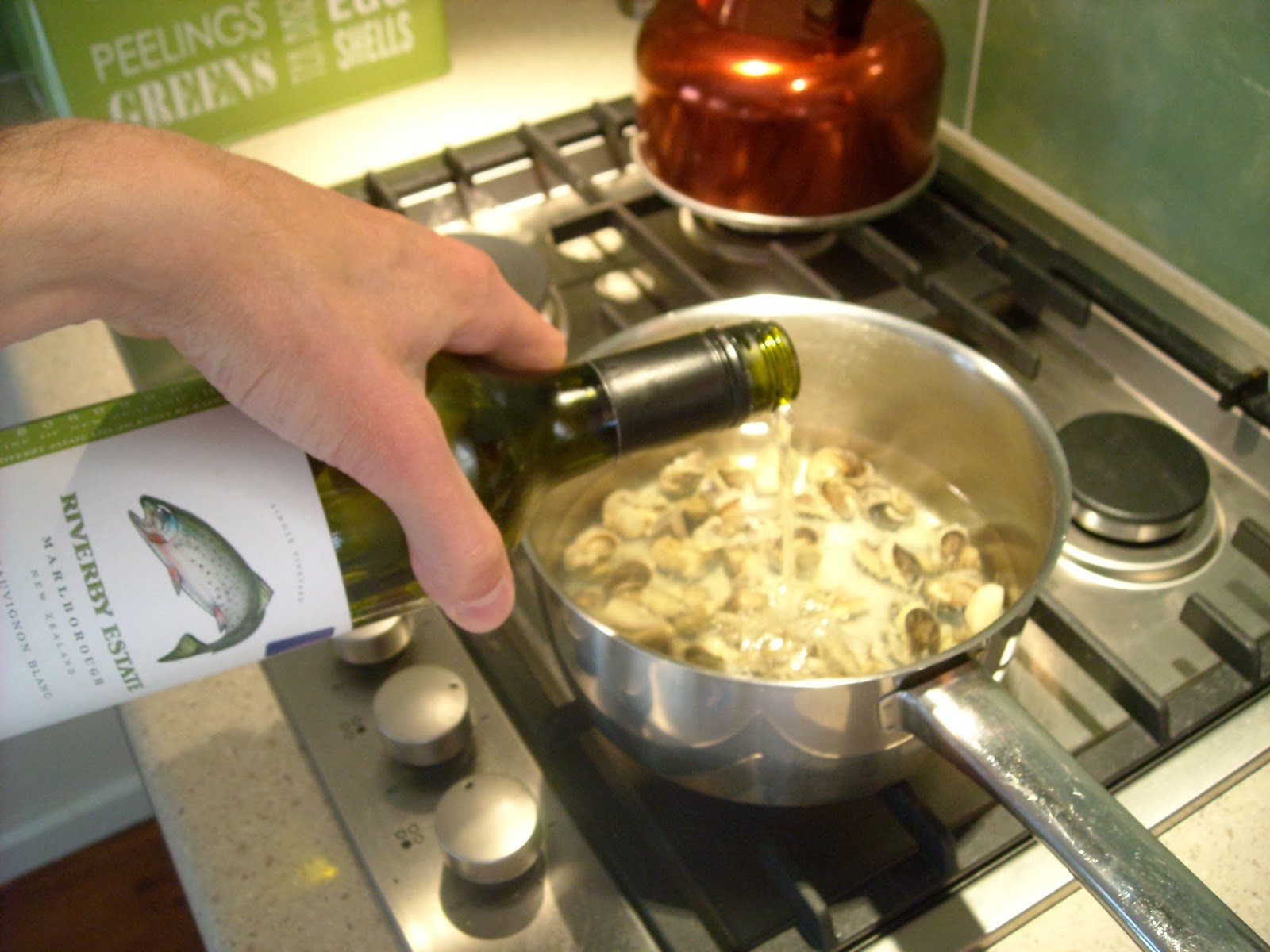 The kids and I then cooked them first simmering for 30 minutes in wine. 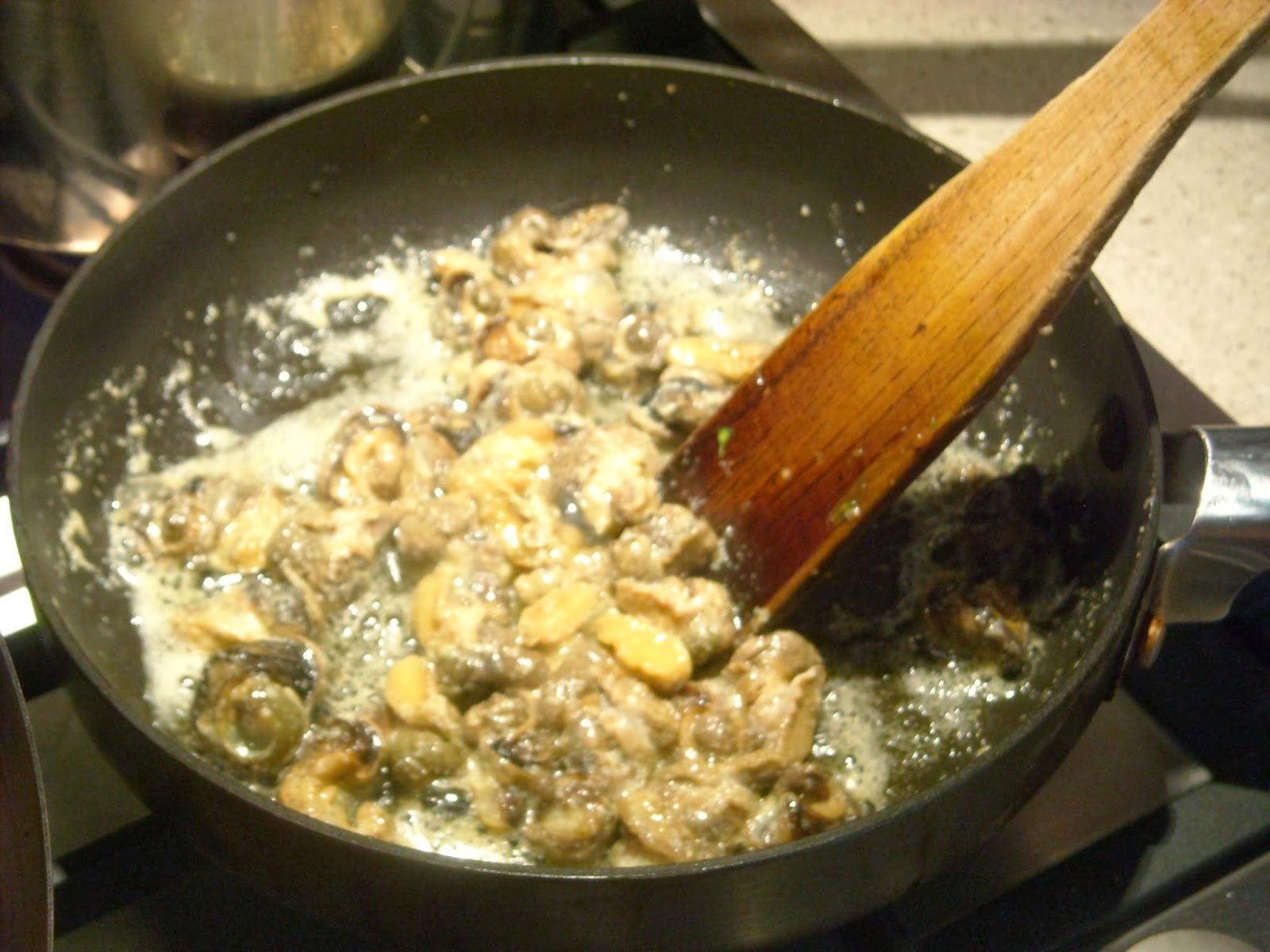 Followed by a quick fry in garlic butter. 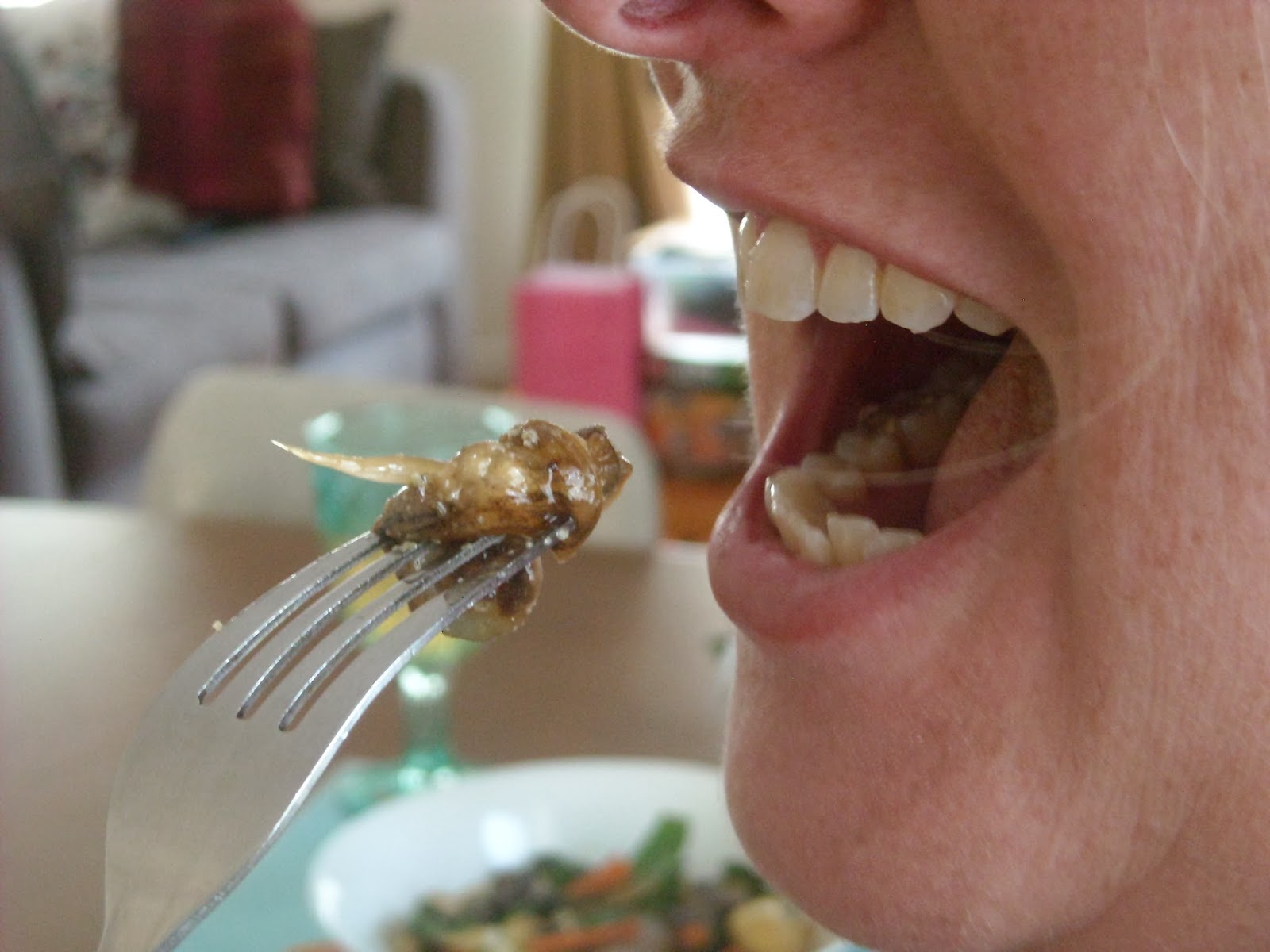 And the verdict… Ok. Nothing spectacular, but definitely palatable. Considering they are apparently fat free, high in vitamins A, C and D, together with a large number of essential amino acids, they might just become a regular at this dinner table. Have you eaten snail - what did you think?
Posted by Jason Dingley at 8:35 PM