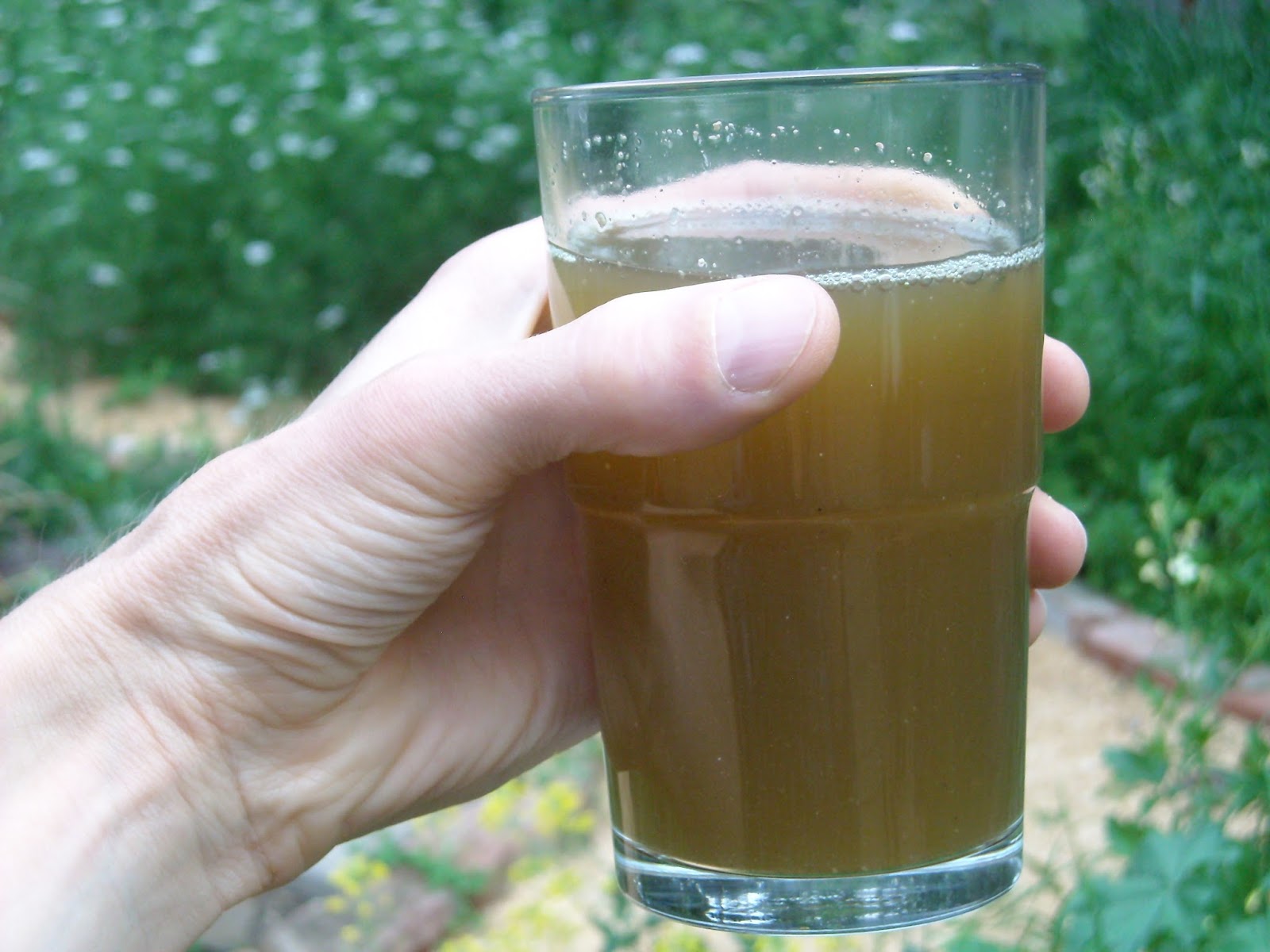 Who’s up for a nice cool glass of weed brew? What! no takers. I know it smells bad, but it is highly nutritious. Or is a hot cup of weed tea more your style?

This winter and spring we got allot of nettle among many other weeds growing in the garden. I blame two things: the raw horse poo that I covered the beds with, and not mulching with straw. Now I can’t be sure if either of those contributed to the mass of weeds, but this year was the worst it has ever been and they are the only two things I have done differently. Regardless of the cause... what was I to do with all these weeds?

It is not recommended to put weeds into the compost incase your compost becomes a means for the weeds to spread their seed. It is possible to kill most seeds with hot composting but that is an art all to itself. I have occasionally been successful at getting a compost burning at a temperature almost too hot to touch. But it takes building the compost from scratch with just the right mix of ingredients, and a bit of luck. I however tend to use a compost bin where I just keep adding whatever scraps are available at the time. This method is very easy and convenient but seldom gets hot, thus not an option for disposing of the weeds. 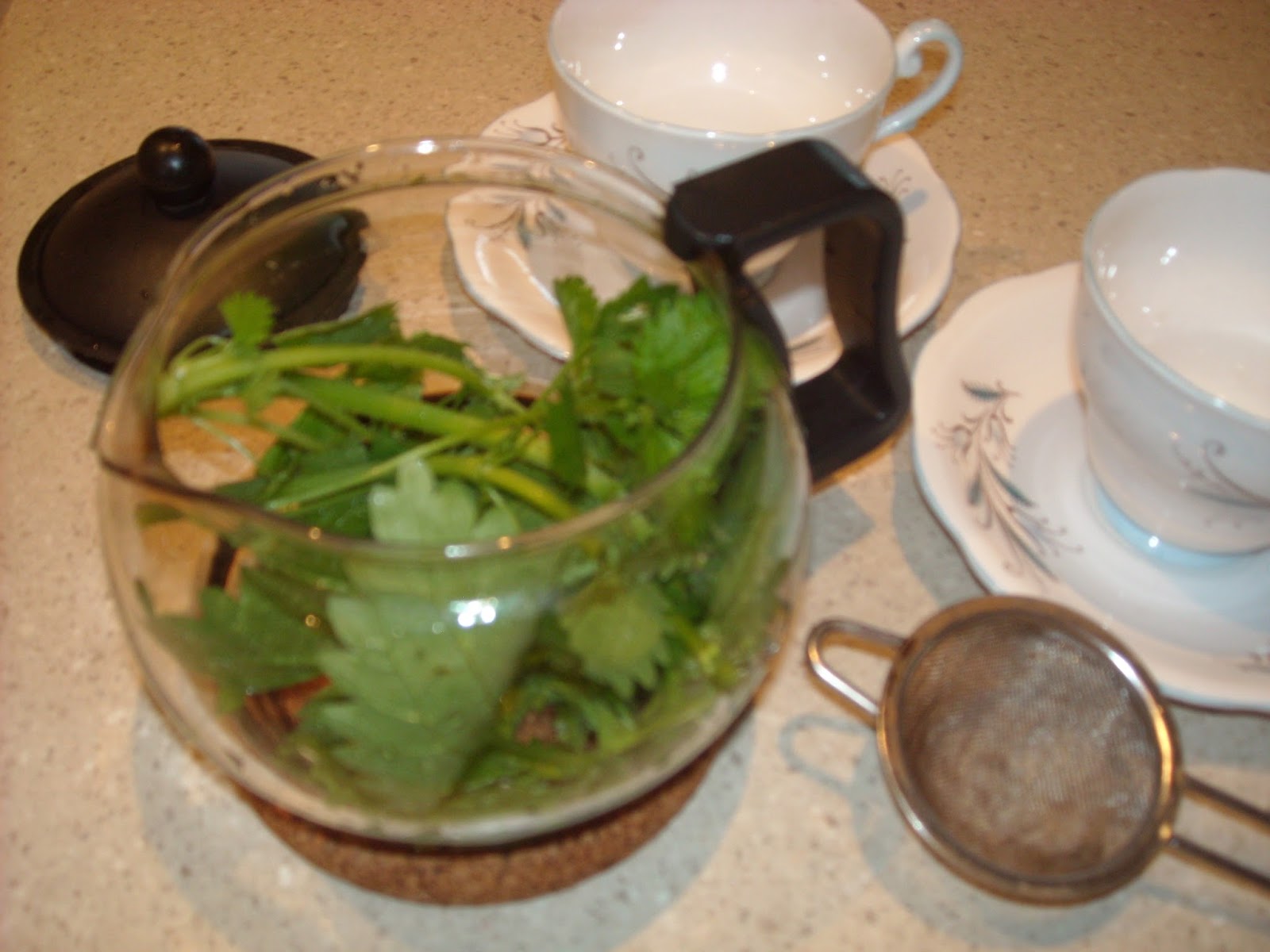 Many weeds especially nettle are filled with highly valuable nutrients for both humans and plants so simply tossing these weeds in the green bin would be a massive waste. So I gave drinking nettle tea ago. It was quite nice, nothing to rave about, but had a very mild clean refreshing flavour. And knowing it was meant to be good for me got me drinking it daily. I even found I became immune to their sting as a result. My sister volunteered to push me in them as a true test of my new found powers. 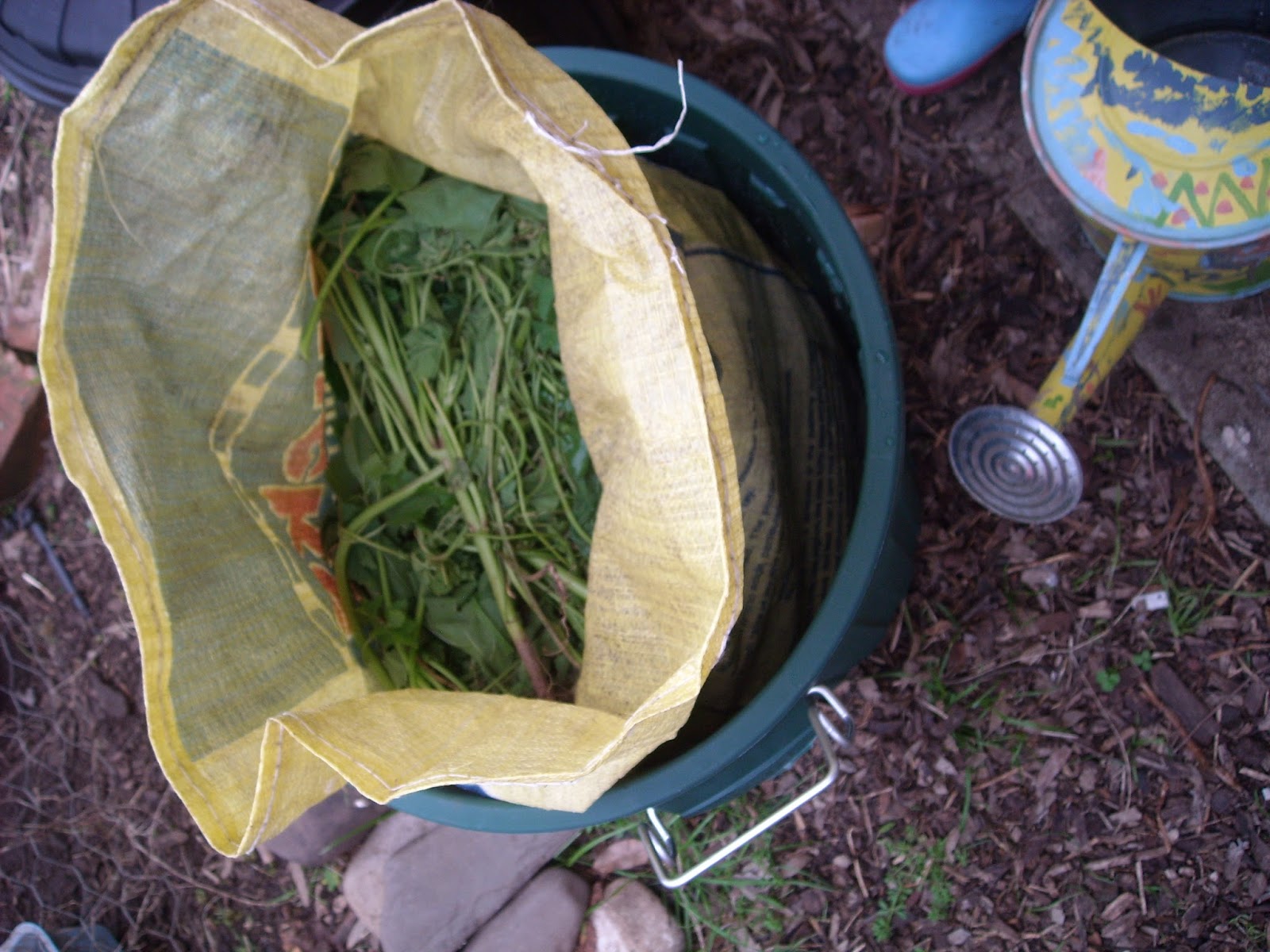 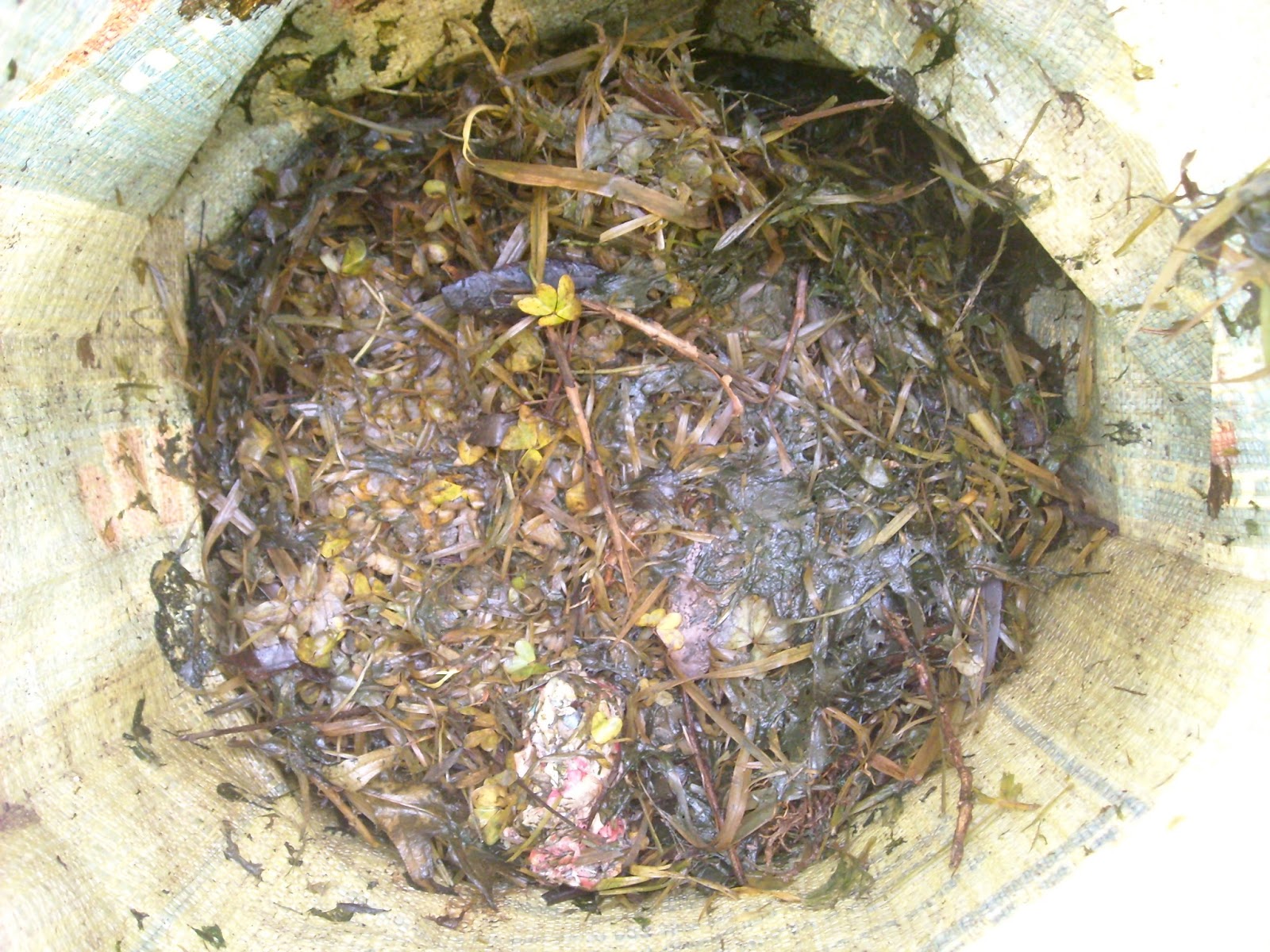 Unable to drink them at the rate they kept springing up in the garden I decided I needed another method of processing these weeds. So I borrowed an idea from my gardening friend Debbie. You take a plastic bin, put a porous bag inside and fill it up with a bit of water.  The weeds then go into the bag and decompose into a  liquid rich in nutrients, making a great fertiliser for the garden. And all the unwanted seeds are captured in the bag. It is similar to making weed tea except letting it brew for a few weeks/months. Melanie would comment that this is how I always prepare tea. Debbie I believed used a bag especially made for the purpose, I have just used an old chicken feed sack - it seems to do the trick.

How do you dispose of your weeds?
Posted by Jason Dingley at 8:05 PM