In my great seedling experiment I trialed three different methods for starting seedlings:
So which one did best? 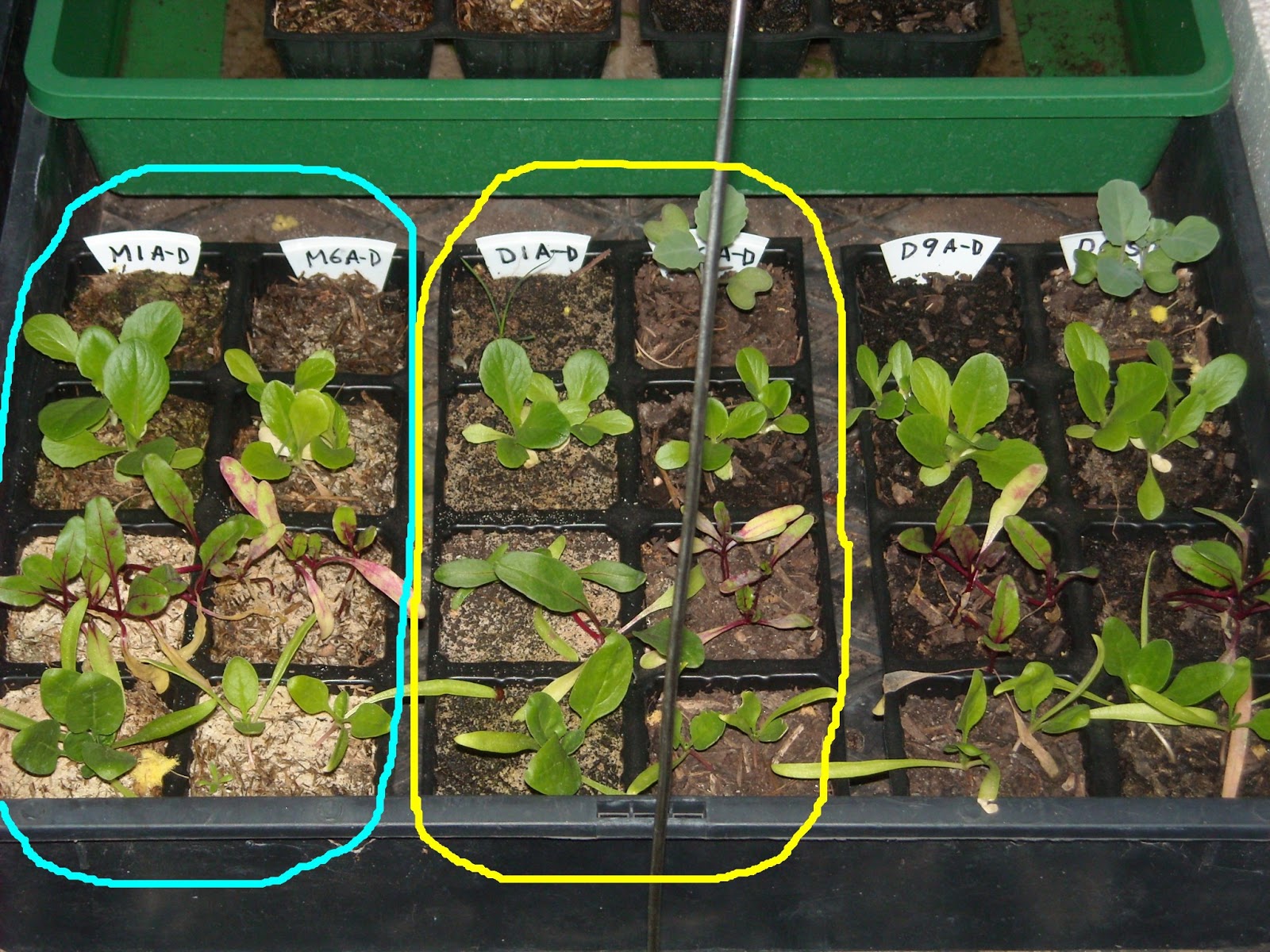 For the most part they all did quite similar. In the above picture circled in blue is method #3 - covering the seed with seed raising mix; and circled in yellow is method #1 - poke a hole with finger and drop the seed in. As you can see they both look fairly comparable. Covering with seed raising mix, made of sand and dry horse poo, probably did a touch better, but not noticeable enough to recommend it. 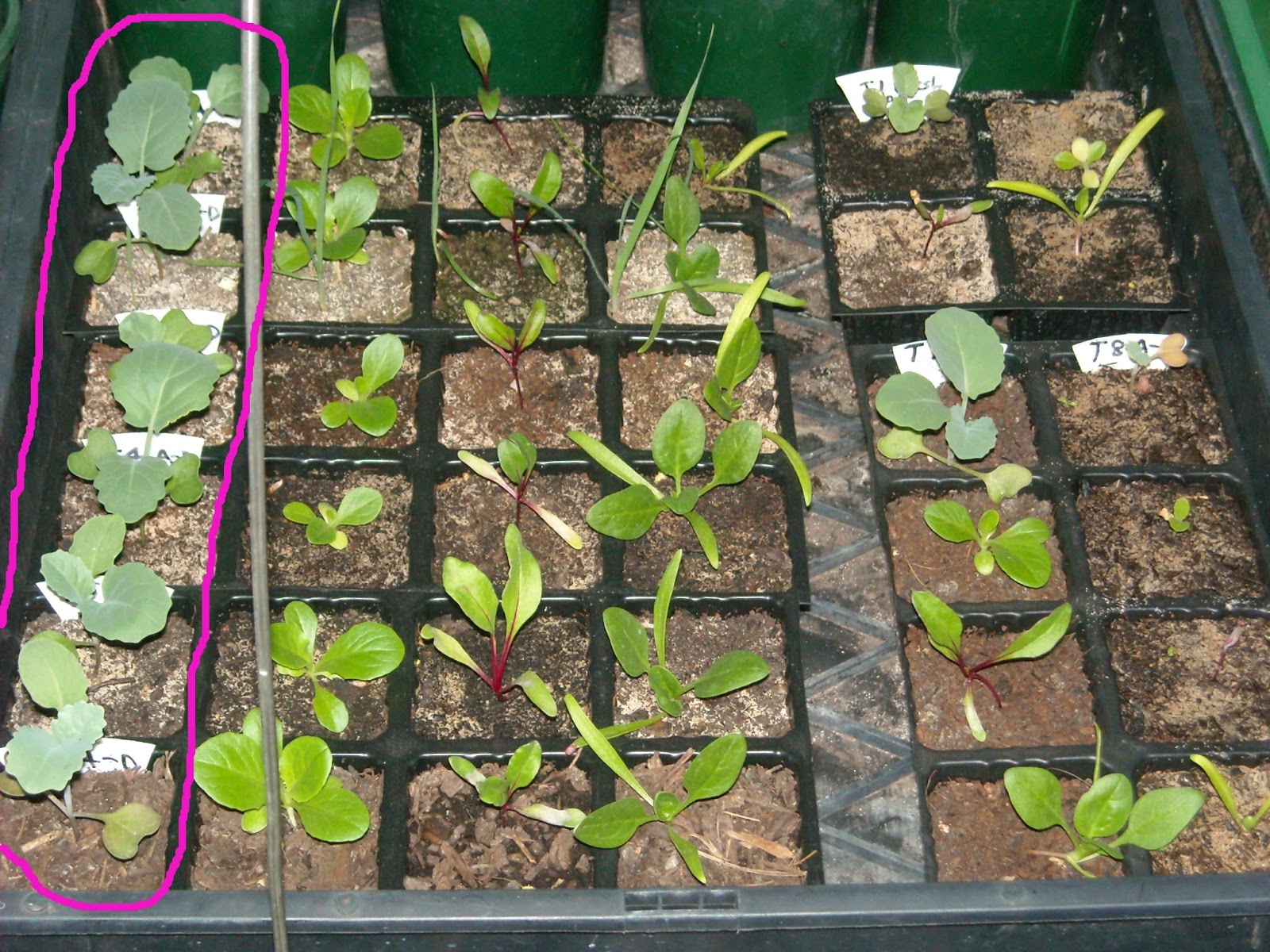 But for broccoli - well that was a whole other story. In the above picture and circled in pink you can see all six broccoli seedlings doing really well. These where all done using method #2 - germinated in a separate container in one big group, then transplanted into pots. 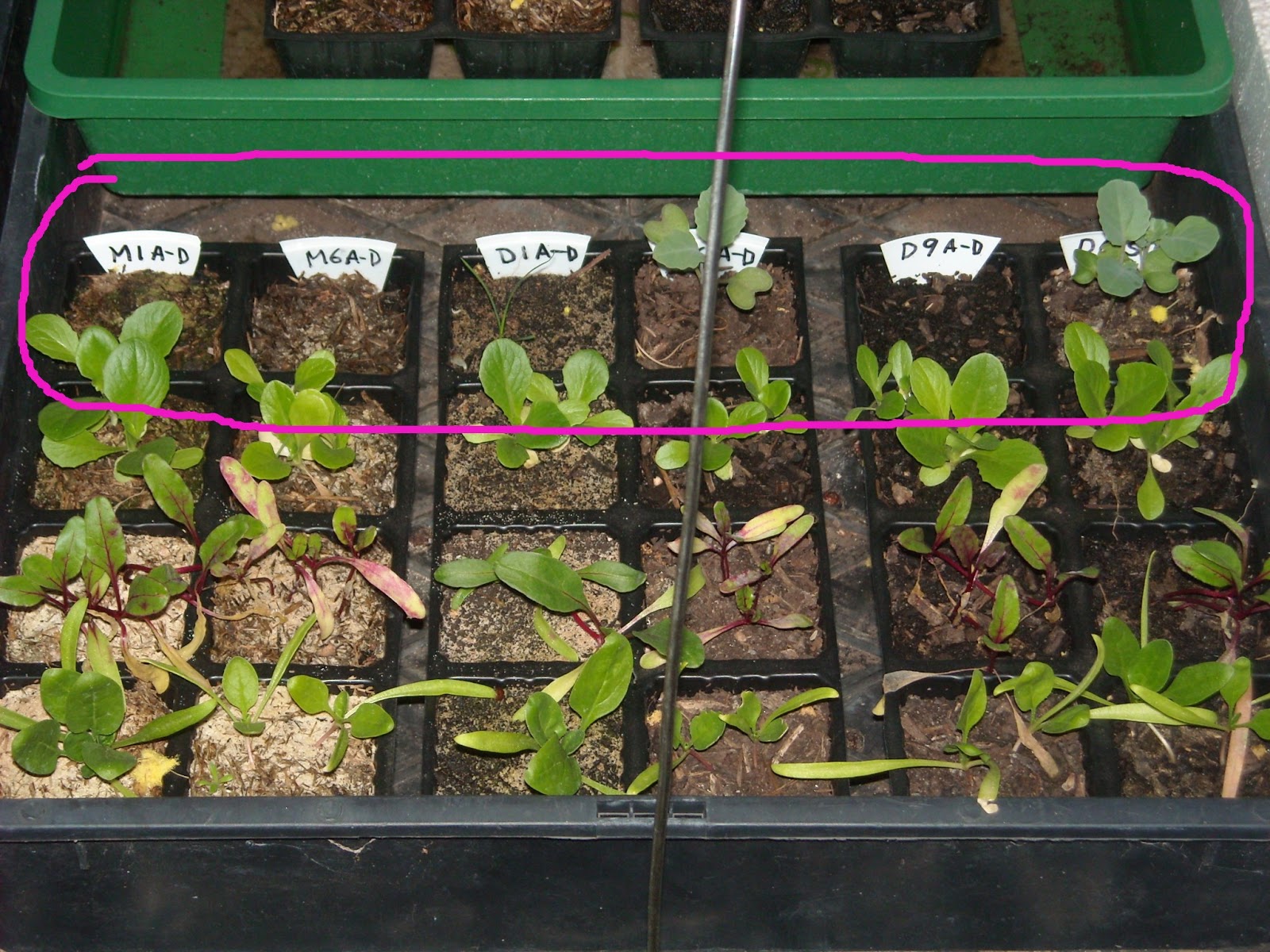 Compared with method #1 or #3  - where the seed was planted directly in the pot - only 2 out of the 6 even germinated. And with these I had even sown two seeds in each pot. It appears the broccoli has a very low germination rate and benefits greatly from first being germinated separately. 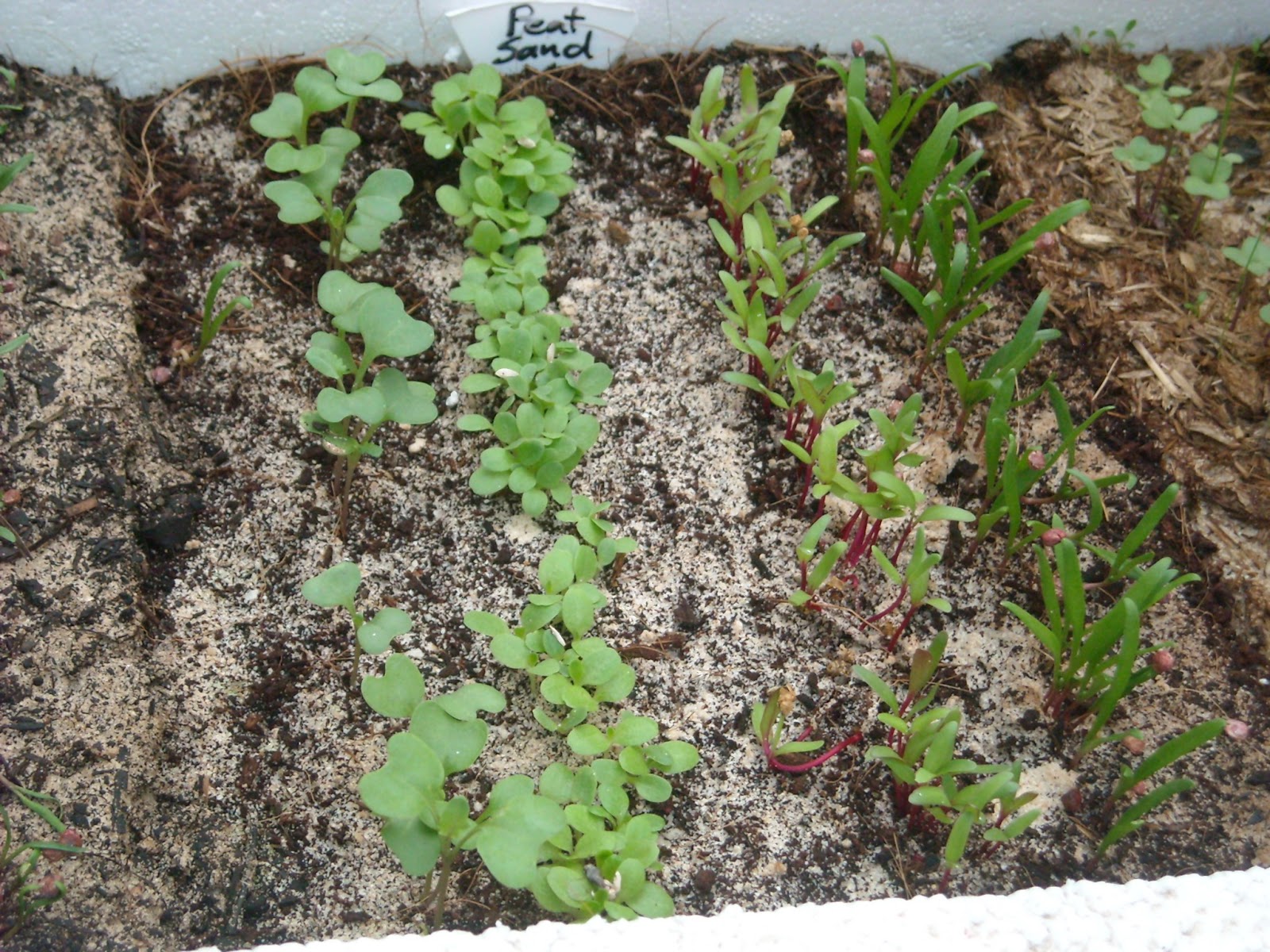 With such a big difference on the success of the broccoli it does look like method #2 - germinate the seeds before potting - is the clear winner, and well worth the effort. So what is the effort involved?

To germinate the seeds I used a polystyrene container filled with a seed raising material, you can read more about that here. The best material for speedy growth proved to be a mix of crushed dried horse manurer and river sand. However when it came to transplanting it was impossible to dig the seedling out safely - the material clung to together too tightly. So despite the peat and sand mix being slightly poorer for growth it was a breeze to extract the seedlings from, thus the one I would recommend. Transplanting the seedlings required first making a deep hole in the soil of each pot. I found a pen lid perfect for this task. 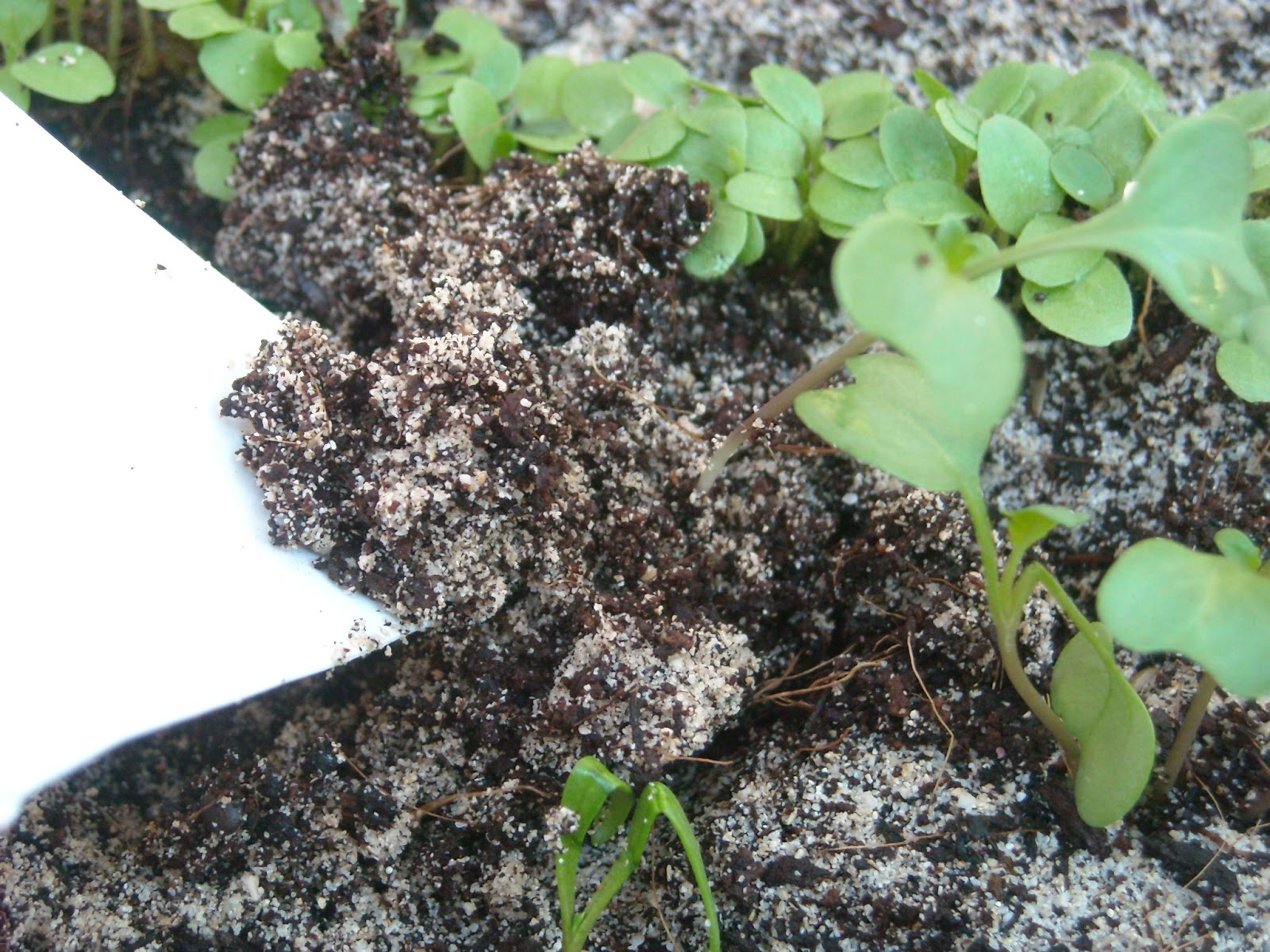 Next was to loosen the material around the seedling and gently dig it out. I tried using the almighty pen lid for this task however it wan't quite broad enough. Instead I found a wedge cut from a plastic container worked wonders. 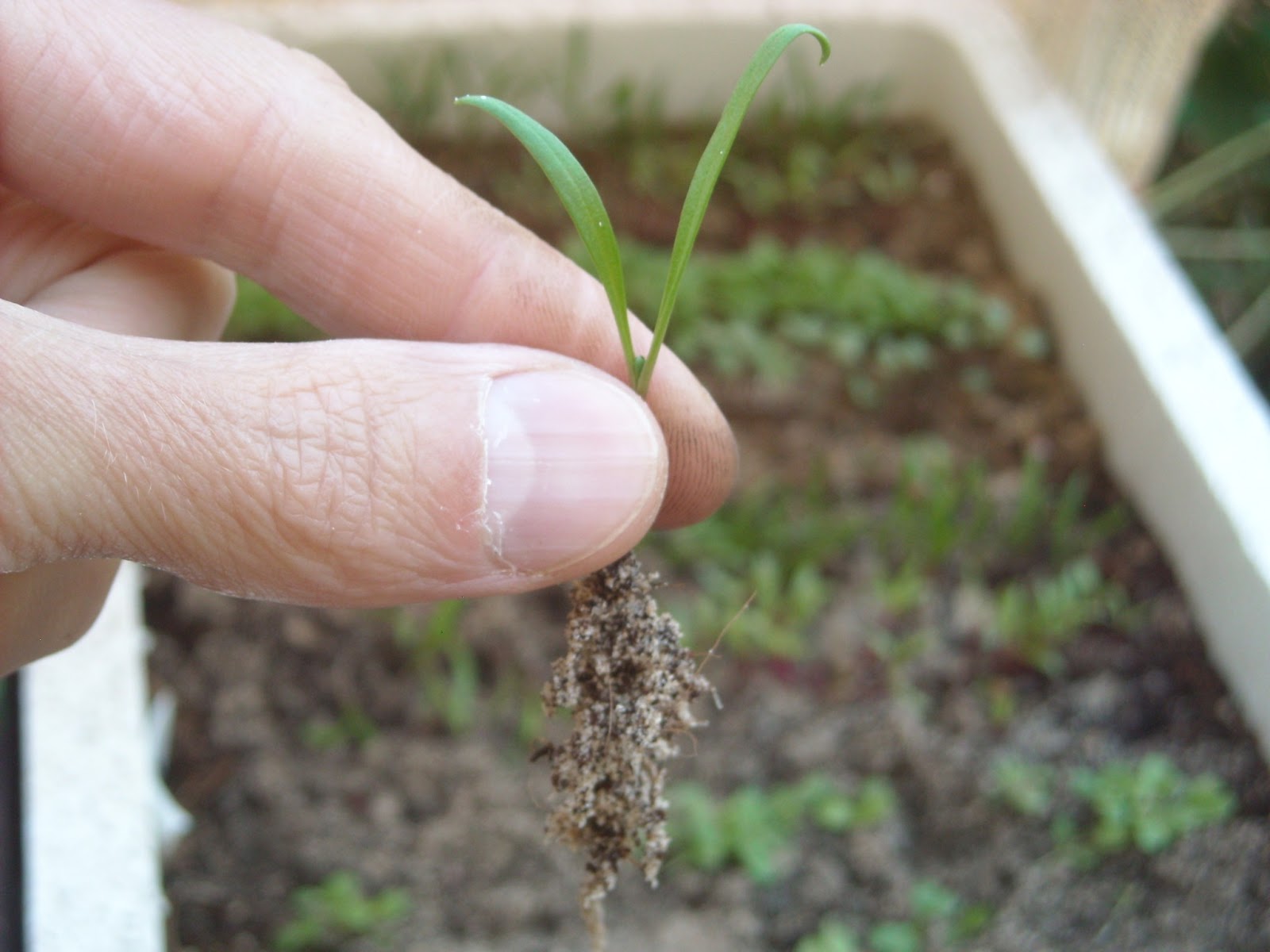 Despite being very little the seedlings didn't seem to mind being carried by their stem. 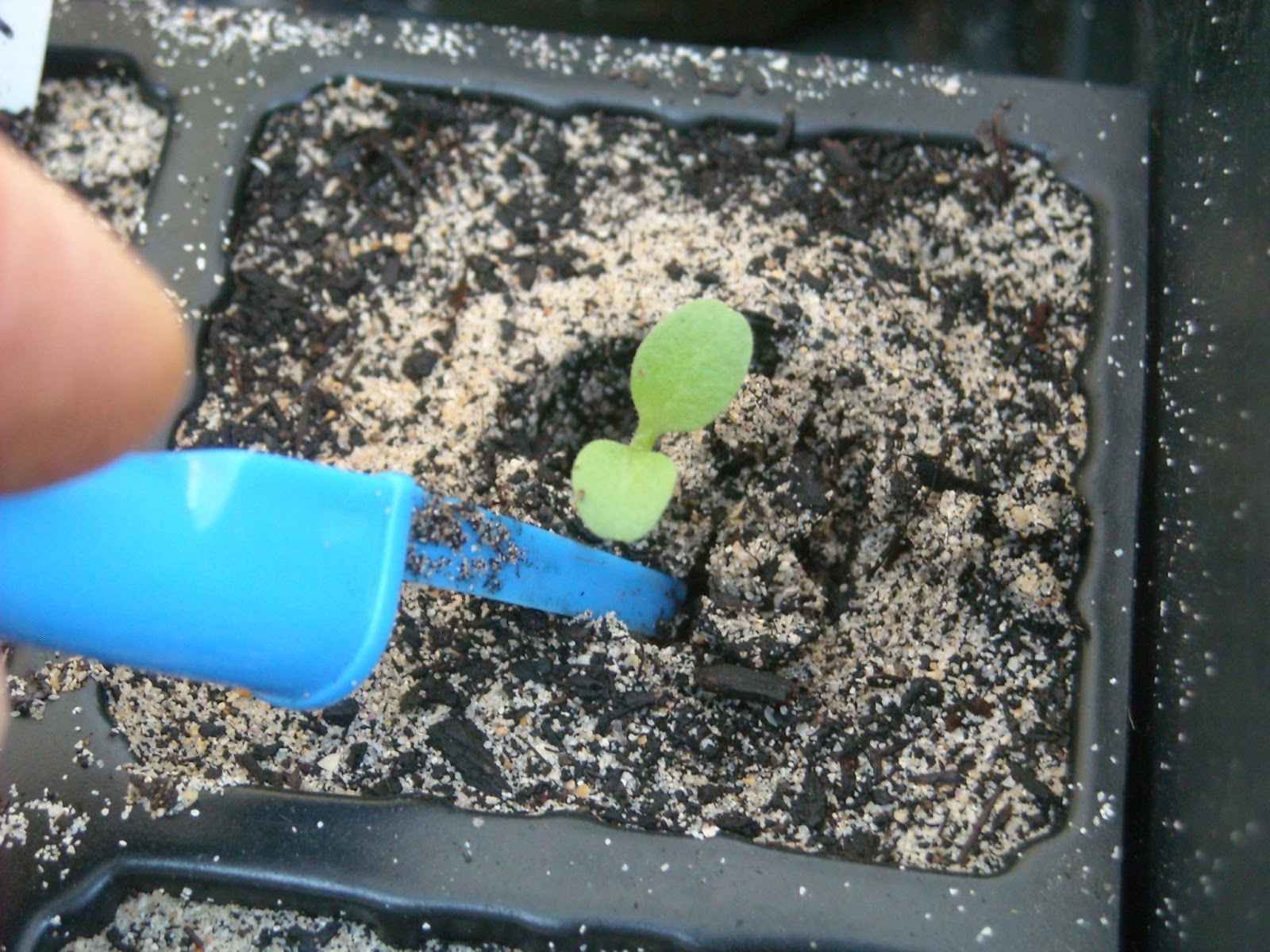 The pen lid did find another use, it came in handy for packing the soil back in and around the seedling.

It may appear like it was a fiddly task, but once I got into the groove, it was quite easy and fast. It took me 45 minutes to transplant 52 seedlings - that's less than a minute each. And I would say it was well worth it. The results speak for them selves - every one of these seedlings survived. The key to this methods success is you get to be selective, choosing who gets to grow up into a plant and who gets to become a sprout in tonight's salad.
Posted by Jason Dingley at 8:00 PM