Fox proofing chickens with a skirt

As allot of you well know, I have lost a number of chickens to foxes, or possibly just one very content fox. For 6 months out of the year the girls live in a mobile dome enclosure, working as a chicken tractor preparing the garden beds for us. To keep them safe while they perform this valuable service I have even resorted at times to sleeping in a sleeping bag close by, or escorting them in and out every night. But it is all just a bit ridiculous. There has got to be away to make the dome secure - and I found it! Put the chickens in a skirt. The theory being that the fox will think the chickens are people, and run away. Or is that even more ridiculous? 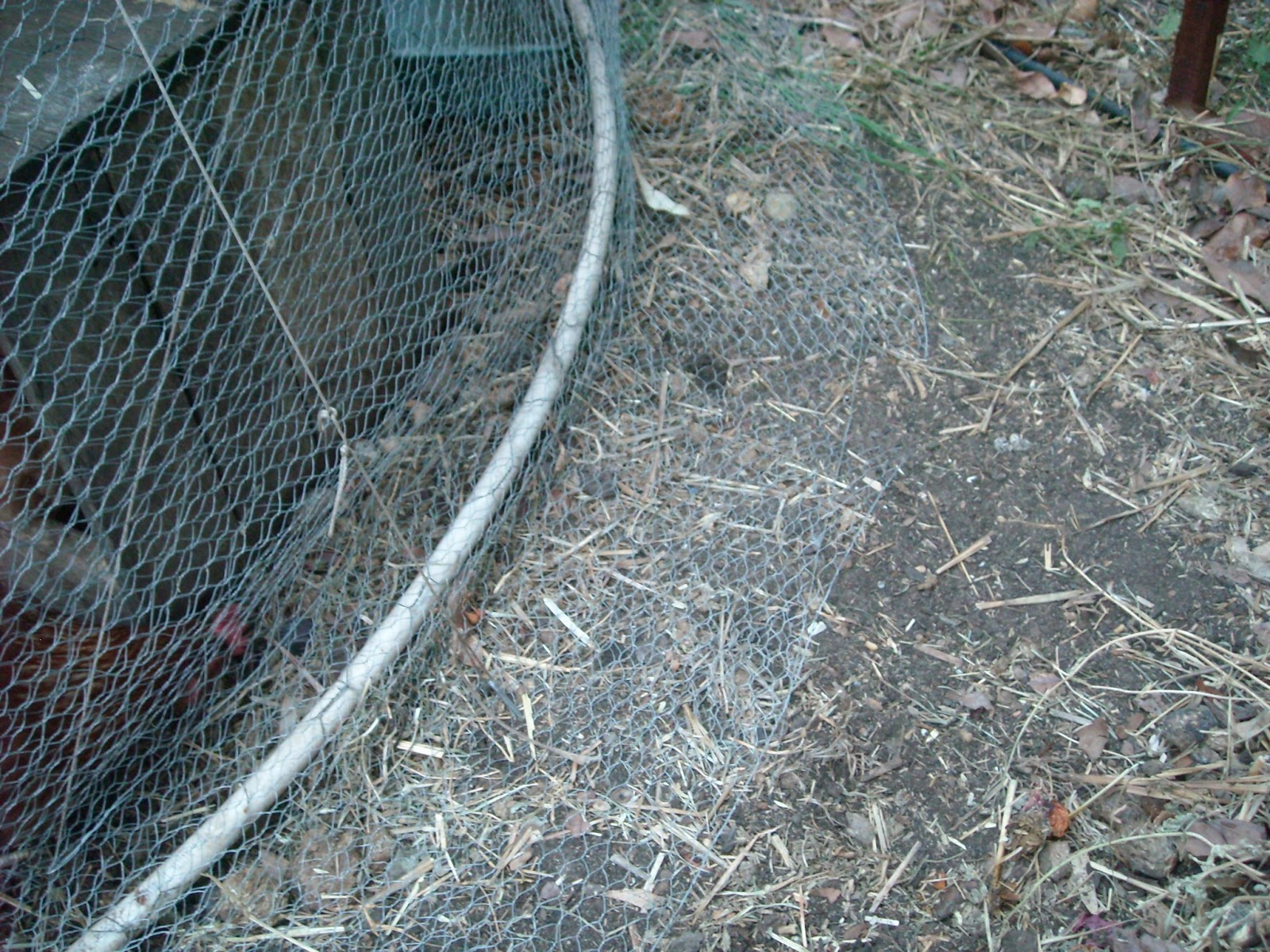 Ok, so I didn't put a skirt on the chickens exactly, but I did put one on the dome enclosure. The skirt is additional wire mesh that comes out from the dome along the ground. When covered with soil or mulch the fox finds digging into the dome incredibly difficult. And so far it has worked a treat. Last week was the real test when we went away camping and left the girls in the fate of the skirt. One night I woke from a nightmare, having just dreamt that I found one mutilated and had to put it down. So when returning home from the trip it was done with some apprehension. But thank the skirt I found them all happily yelling at me for food. 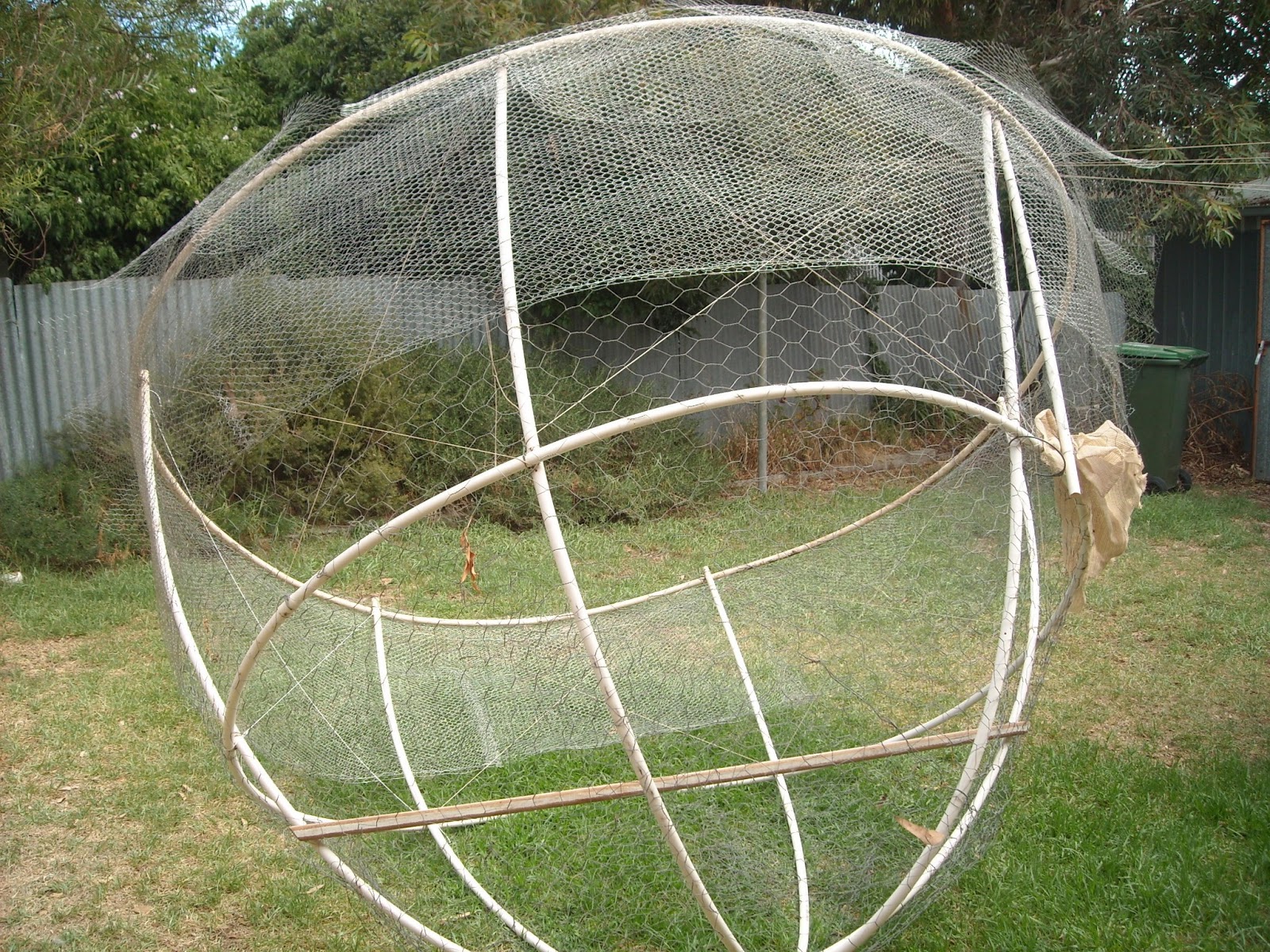 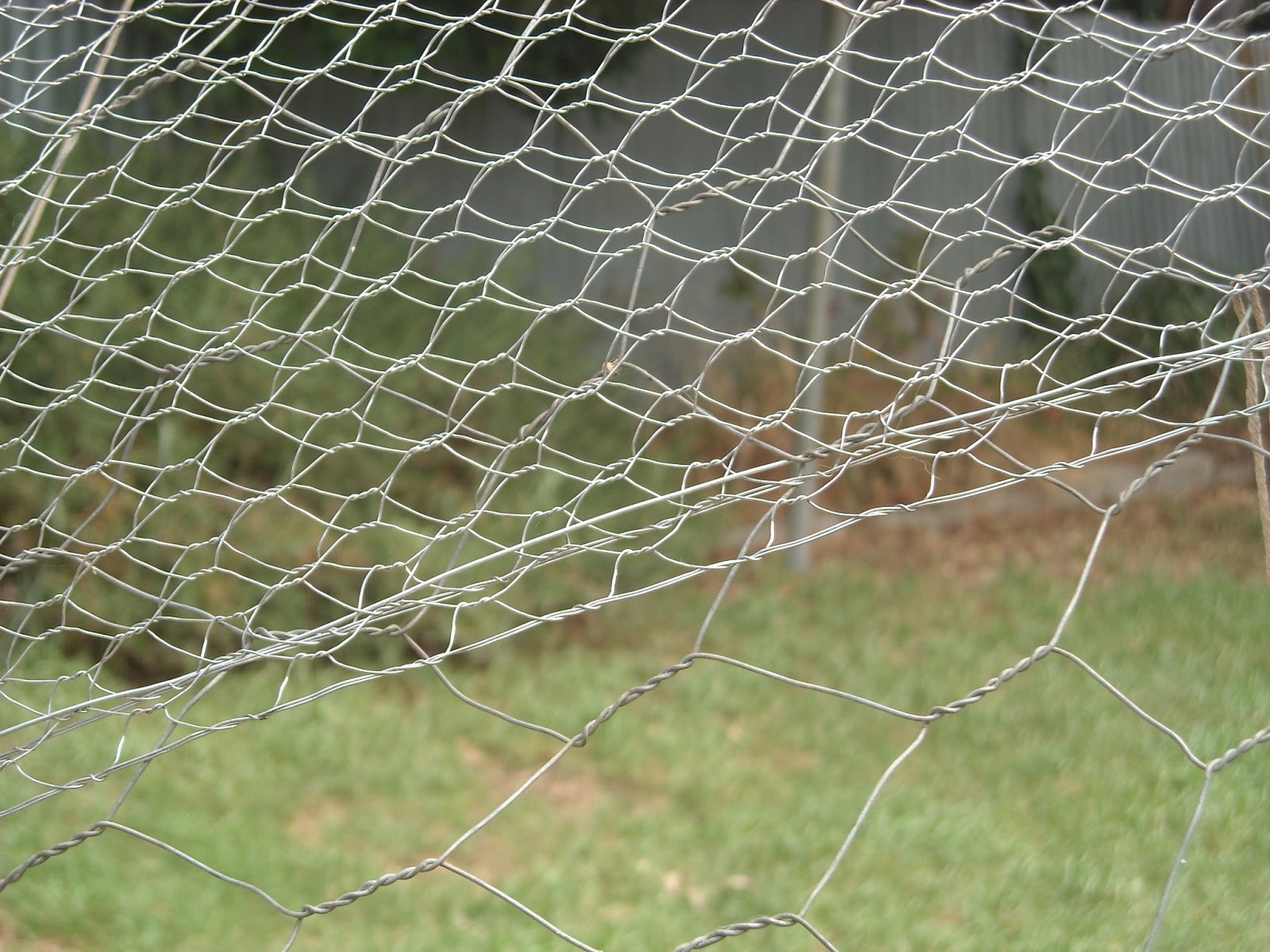 As the dome is moved often we made the skirt from a finer more flexible wire mesh than the standard chicken mesh. The mesh was wrapped around the dome with about a foot overhanging the bottom. It was attached by stitching it on with wire. Then every half a meter we cut incisions into the overhanging portion so that it could fold out perpendicular to the dome. Thanks to an inspirational idea of Melanies we used two layers, not only did this make it stronger, it enabled us to cut overlapping flaps providing a complete barrier.

Would you believe though, after all the trouble and anxiety I have been though, this skirt solution had been under my nose all the time. I was starting to think that Linda Woodrows dome design was simply flawed, so I was gobsmacked when I discovered the skirt idea is clearly written in black and white in her book. Now I am sure I have read that book a good half a dozen times now. Goes to show Melanie is right - I don’t listen.
Posted by Jason Dingley at 8:00 PM