How to line a pond, properly 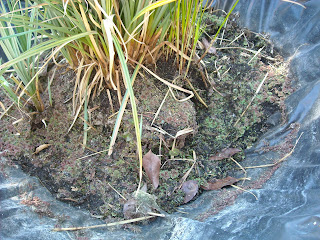 A lesson that is taking me sometime to learn, is doing it right the first time. When building the pond I looked at proper pond lining at the hardware store, thought it was too expensive, and decided to use thin black plastic instead. It did only cost 5 dollars, but was it worth it? 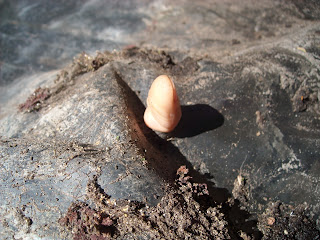 You may recall the story of when one of chickens tried to cross the azola covered pond. Well this time Diggy one of the new girls attempted this water walking stunt, and like those before her, failed. A week later I noticed the pond looking rather low, I topped it up to only discover it low again the following week. Obviously we had sprung a leek... DIGGY!!!!!

So as I should have done in the first place I purchased a proper pond liner. Before setting foot in a store I let my fingers do the walking. I found it cheapest at a pond specialist where they sell it off the role, and have multiple different width roles to choose from. The prepackaged liners from hardware stores are much more expensive. My 2 by 1.7 meter liner cost $35 from Water World. 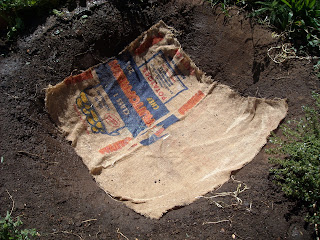 Just carrying it to the car convinced me this stuff was going to be affective. It was quite heavy and seemed to be made of rubber, not brittle plastic. I even attempted to stab a hole in it with the scissors, in a spare piece of course, to no avail. Despite that the shop assistant advised I lay something soft underneath it. I used a hessian potato sack. It will decompose but I think by then the pond and surrounding earth would have settled into shape. 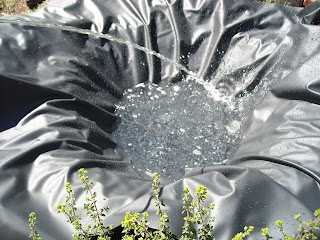 Before cutting it out always fill it with water, I learnt that from my first experience. 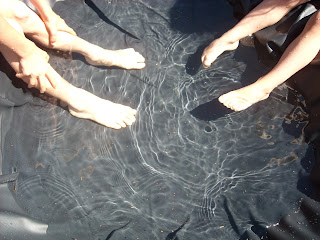 Then I threw in some tadpoles to test it. I resisted the temptation this time from taking a dip myself. 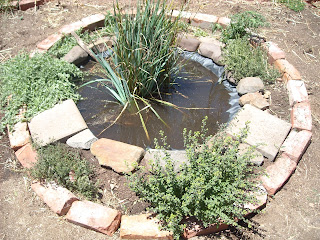 Finally surround the edge with rocks, and put back the water plants. I also put down two large paving stones for safe access to the pond to collect azola, or for the children to just sit and paddle their feet.
Posted by Jason Dingley at 5:02 PM