Harvest lettuce in the morning 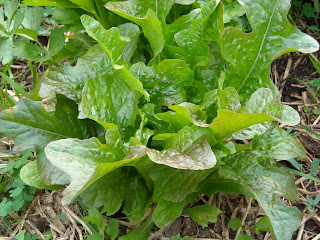 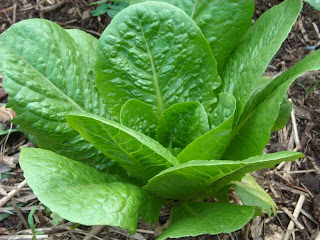 I harvested some leaves off these lettuce just the other day at the crack of dawn. My best tasting lettuce yet, crisp with not even a hint of bitterness. Turns out success of a bitterless lettuce is not totally in the growing but also the harvesting. I recently learnt that lettuce has a substance responsible for its bitterness and that this substance resides in the plants roots. During the day it is released into the leaves and returns to the roots at night. So to get the optimum flavour out of your lettuce you have to harvest them at dawn when the substance is at its lowest concentration in the leaves. Harvesting in the morning prior to moisture loss from the heat of the sun also provides the greatest crispness. 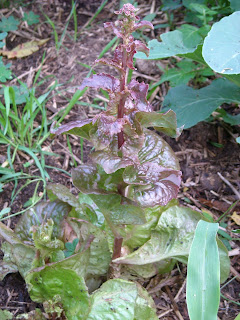 Not all of our lettuce have been successful and no matter how early I get up in the morning this lettuce is just going to taste bitter. I was very surprised to have one bolt on me at this time of year, sensitive little poppet. I probably looked at it the wrong way. 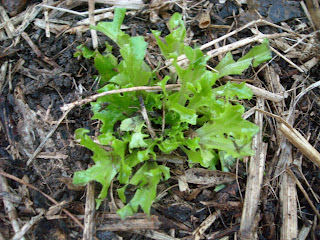 Remember the lettuce seedlings attacked by sparrows? Well this is one of them, as you can see the attack obviously stunted its growth, its tiny. I haven’t tasted it but I would be willing to bet it is also bitter as hell.

Keen to put a name to that bitter substance I searched the Internet, the closest I could get to an answer is Lactucarium. Interestingly Lactucarium, or commonly named Lettuce Opium, has sedative and analgesic properties and known to be used by the Ancient Egyptians. It was declared a drug in the United States around 1799 and was prescribed and studied extensively in Poland and was viewed as an alternative to opium. Lettuce can be found in medical textbooks as far back as 1000 AD. Luckily for us gardeners twentieth century research could find no evidence of these qualities, otherwise that humble garden salad might have ended up on the illicit drug list.

What are your tips for growing, harvesting or storing great tasting lettuce?
Posted by Jason Dingley at 12:02 PM