This Anzac day holiday was spent with fellow diggers at our 4th garden group meeting. The group has come full circle so we were back in Debbie's garden where the very first meeting was held. In such a short time frame I feel a strong relationship towards the fellow members. As Debbie once said “I can trust people I dig in the dirt with”. Maybe there is something in that. And I wonder if that is what the Anzac diggers thought too? 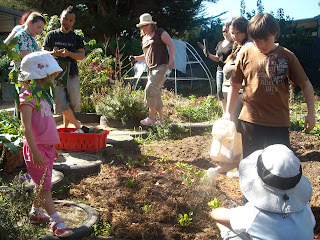 The main focus for the day was planting out her seedlings. Many of them were from our work at the meeting back in January. A task that would have taken several hours for Debbie alone took the group literally only minutes to complete. Now that is the power of team work. It went so fast I came away feeling a touch unsatisfied and a bit guilty that my individual contribution was so small. 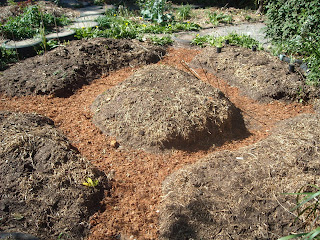 Typically Debbie would have left this area as one big round bed. But with 20 feet tramping round she wisely divided the area into a set of smaller beds. Debbie also dug the mulch in. She believes this is a benefit during winter, increasing soil temperature. 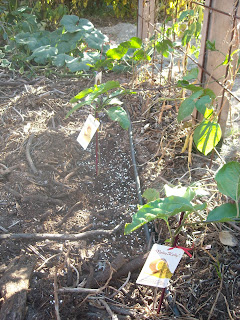 We planted three passion fruit plants in a trench of compost and perlite. If my memory serves me well they were black, red and yellow varieties. 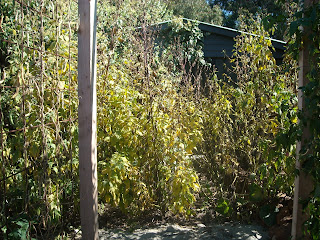 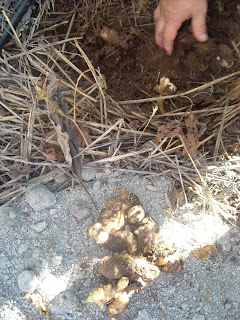 We harvested some Jerusalem artichokes. I have eaten them but never seen the plant. A lot taller than I expected. Unlike what its name suggests it is not related to the artichoke but is in fact a variety of sun flower. So why name it like that then? 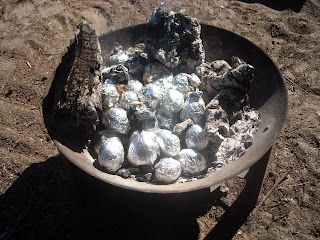 Meanwhile our lunch was cooking in the coals of an open fire. Nothing beets food cooked this way. The communal food preparation and dinning triggered in me an inherent feeling of comfort and joy.

I suspected we may have stayed longer than Debbie had planned. If so sorry about that Debbie. So a tip when holding a meeting or event is to clearly define the start and end time.

The inclusion of the children in these meetings is very important to everyone involved but I did find it slightly difficult this time and on occasion felt slightly frustrated. Incorporating children into adult activities is challenging but I believe can be rewarding for adults and vital for children's development. That night Melanie suggested trying some different approaches. One of her ideas is that each adult takes a turn at being the minder. What are other peoples experiences and ideas?

Overall a productive, educational and fun day.
Posted by Jason Dingley at 2:22 PM